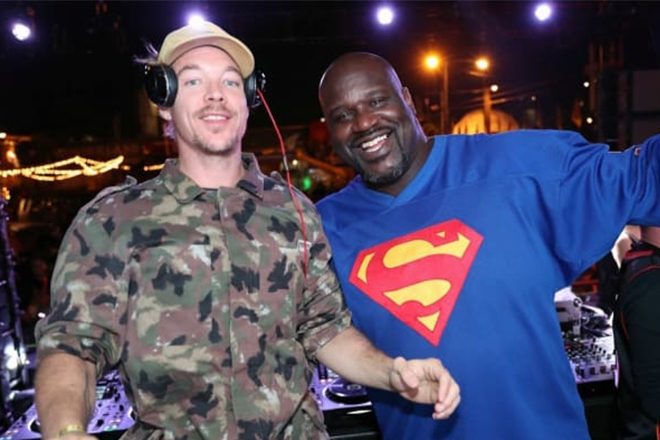 Former NBA star Shaquille O'Neal, who currently DJs and produces EDM under his DJ Diesel moniker, has revealed that he is currently working on music with Diplo.

During an interview with Page Six, the beloved basketball legend told the publication that he “really looks up to Diplo and Skrillex" and is currently "working on some music with Diplo." He later adds that he "would love to get in the studio with both Diplo and Skrillex soon.”

Despite the fact that many people view Shaquille O'Neal as a celebrity DJ, the famous athlete continues to try and dispel that rumor, reminding people that he's spent time in the studio with Notorious B.I.G. back in the '90s and has been DJing since 1986.

“I have been spending a lot more time in the studio and just love to mess around making music,” says Shaq. “I am still learning a lot, but it’s always a good time... I just love to spin records, man. There is nothing like it.”

A nightclub's having to rebuild rebuild its DJ booth to fit Shaq
Shaquille O'Neil has started to make EDM as DJ Diesel
Shaq: "People think I'm a celebrity DJ but I've been doing it since 1986"