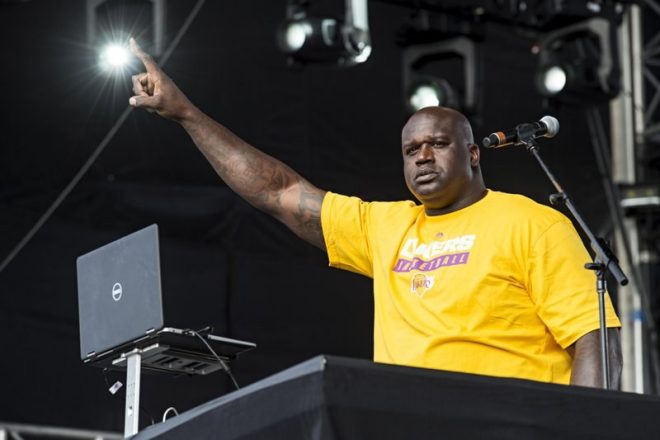 Athlete, actor and DJ Shaquille O’Neal has been known to get behind the decks and rock a crowd, from intimate nightclubs to Tomorrowland as DJ Diesel. Now in a recent interview, the multi-faceted figure is attempting to dispel the notion that he's simply a "celebrity DJ".

Speaking with Ebro Darden on his Beats 1 show via Apple Music, Shaq went through a variety of topics. Before getting into his time as DJ, he touched on working with The Notorious B.I.G.. Once hearing B.I.G.'s verse in ‘Gimme The Loot’ that shouted out Shaq, the basketball player turned rapper decided to reach out to the hip-hop icon to see if he could record a track with him. After getting a beat together, Shaq had Biggie in the studio:

"He went in there and when I tell you he killed it in one take, I ain’t never seen nothing like that. But - the first take - and I’m the only one with a copy and it’ll never get released because I’ll never do it to him…he went in."

Listen to a portion of the interview below.

While we may never get to hear that collaboration, it's clear Shaq isn't hiding from sharing more music via his DJ sets. On the eve of his first ever Summer of Shaq DJ tour, he opened up about his love of the craft:

"I like doing festivals, but my set is more trap, hip-hop and dubstep. For me, it's like…we have that adrenaline rush when it comes to rocking crowds. When you go to festivals, they’re there to just see a great performance. I just give them great music, with the way I put my blends and mixes together, and a lot of people — because they haven’t seen me do it — I guess they think I’m a celebrity DJ, but I've been doing it since 1986. It's about having fun and putting on a show for the people."

Listen to that portion of the interview below.

Next up for Shaquille O’Neal is the Summer of Shaq DJ Tour, making stops in Shanghai and Beijing before a US tour, touching down in Miami, Chicago, Boston, Las Vegas and more.