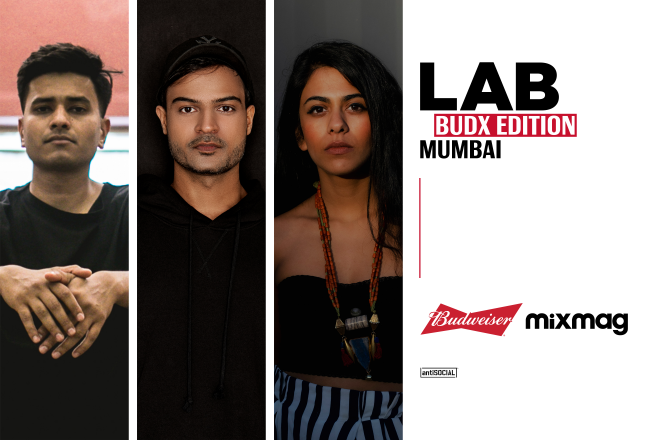 Mixmag and BUDX are proud to partner on a groundbreaking new Lab destination touching down this fall: The Lab Mumbai.

Set to take place at the intimate space of antiSOCIAL, located located in the warehouse in Todi Mill in Mumbai, The Lab Mumbai will showcase some of the world’s most exciting talents of house, techno and other electronic varieties.

On Thursday, December 19, SEQU3L, BLOT! and OSE will all be joining us to provide some electronic variations to the Lab.

Based out of Delhi, BLOT! has been transforming his sound since 2007. Big basslines, warm deep house and techno now characterize his aura. These influences can be heard in his production releases on Universal Music and Diynamic Music. He has performed at major venues including Berlin's Tresor, Lyon's Nuit Sonores and London's South Bank Centre. He's been recognized for his achievements as well, earning a spot on GQ's 50 Most Influential Young Indians list and winning VH1's Soundnation award for Best Electronic Act in 2014. His influence has also expanded as he helped found the interdisciplinary festival, Unbox and electronica record label, Qilla Records.

SEQU3L has been carving out a space for himself in the scene. For the last three years, he has been a part of the Awakenings stage at Supersonic Festival India and has also made his mark on the main stage at Vietnam's Epizode Festival. Bringing in melodic house and techno grooves, he has been supported by popular artists such as Hernan Cattaneo, Black Coffee, Nick Warren, Jeremy Olander, D-Nox, and more. His latest remix of ‘Afro Sambroso’ on Moblack Records is sitting tight in top 10 afro house Beatport chart for 2 months and his remix of ‘The Bash’ has been in top 100 Melodic house since past 9 weeks.

Ghunghru label founder, OSE or ओस will also be showcasing her electronic variety at our Lab. OSE has been involved in music since her youth, participating in Indian classical training programs at the Prayag Hindustani Music School and the Ravi Shankar Institute. Her dedication for electronic music comes both form her classical background and her Computer Science education at Stanford University. She's a San Francisco-based artist bridging western and eastern musicology with her ambient twist to Hindustani music.