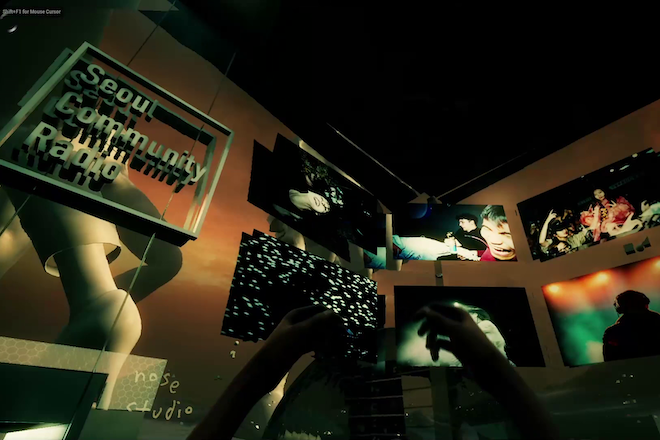 Launched last Wednesday 17 March, onit.life was intended as a limited one-week free exhibition entitled ‘A Decade of Seoul Parties 2010-2020’. Visitors were able to control a first-person character around a 3D world containing ephemera and photography from a decade of Seoul clubbing to raise awareness of the city’s under-threat club culture.

Read this next: Watch a documentary on the burgeoning dance music scene in Seoul, South Korea

Photography included in the exhibition is provided by six Korean subculture photographers: Stillm45, Hansy, Kaipaparazzi, Hyunkeem, Chosen1 and Sung1). A soundtrack has been compiled by fifteen Seoul-based producers, and one of Seoul’s most prominent artists DJ Conan is providing a flagship mix packed full of Seoul club classics.

Read this next: Seoul’s youth-driven streetwear scene is going global

Seoul Community Radio co-founder Richard Price has said, “With the physical club scene facing a triple-threat at this time from Covid restrictions, a lack of government financial support and negative societal perceptions, we wanted to create something that was a type of time-capsule of all the positive contributions the community has made to Korea’s reputation as a nightlife destination of note.”

Listen to DJ Conan’s mix, check out the full list of producers involved in soundtracking the experience and watch a trailer for onit.life below.

Uman - Make Yourself at Home

Yetsuby - Lost in my head

Read this next: How Yaeji found her voice