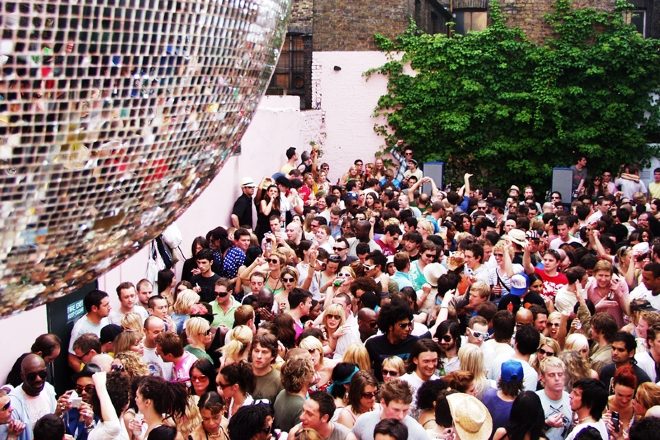 UK clubbing institution Secretsundaze is celebrating its 20th anniversary this year with a series of monthly events dotted around London’s best venues.

The year-long series kicks off this month at fabric where Secretsundaze founders James and Giles will perform an 8-hour daytime set on January 30.

The duo will also head up a set at Venue MOT in April with more acts soon to be announced, as well as parties at Colour Factory, Oval Space, and a special Hackney Wick multi-venue takeover.

Read this next: Secretsundaze in The Lab LDN

Both DJs launched Secretsundaze in 2002 playing gigs to friends at local pop-up events - over time it became a staple for funk, disco and house heads.

Across the last 20 years, the duo have gone on to fill dancefloors and pushed a burgeoning music scene to its very limits. Now, to celebrate that, James and Giles are hosting a series of events in the city where they honed their iconic parties.

Secretsundaze co-founder James Priestley said on the party series: "We feel super lucky to have been able to do what we love for so long and we really wouldn’t be here without the support of our incredible community, a constant source of inspiration and strength.

Read this next: Secretsundaze co-founders played a six-hour live stream at Oval Space to fundraise for their crowdfunding campaign

“Whilst it’s great to take stock on reaching the 20-year milestone, we’re even more excited about what the future holds and the various different directions we’re planning to take things. Long live Sundaze!”

So far, James and Giles have lined up Jeremy Underground, Paramida, Ash Lauryn, Jamie Tiller, Shy One, a live set from Galcher Lustwerk and more across the first series of events.

More parties will be announced over the coming months, plus line-ups for summertime events such as July’s Queens Yard takeover in Hackney Wick.

Find out more information and grab your tickets here.