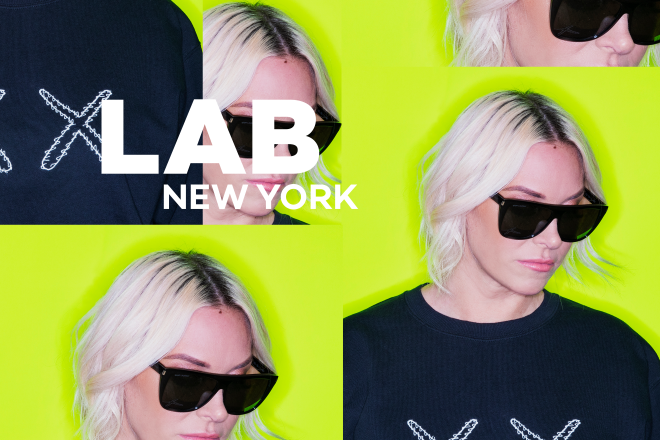 The Lab NYC is BULLDOG Gin and Mixmag's weekly live stream and post-work unwind, where we showcase the finest DJs direct from our Brooklyn office. This Friday, October 25, the Defected favorite Sam Divine storms through with her jacking house sound.

As a DJ, producer, label owner and radio host, Sam Divine is regarded as one of the most influential figures in house music today. Early beginnings saw her take to the warehouse of Chemical Records, where she worked as a house buyer, and a club in Weston-super-Mare, where she was also the main booker. She soon began working with Defected, who in 2009 signed her to their artist roster. It wasn't long before she was hosting the weekly Defected Radio show that currently holds the #2 spot on iTunes in the UK Music Podcasts chart. Since then she's played nearly every club in Ibiza – including residencies at Ushuaia, Amnesia and Sankeys. She's also performed major standout sets at Tomorrowland, Eastern Electrics, Defected Croatia, SW4, and Creamfields.

Now she continues to expand her reach, with her own label D-Vine Sounds also hosting stages at We Are FSTVL, dates in Ibiza and a boat party at Defected Croatia. Her first major release, a remix of garage anthem ‘Flowers’ with production partner Curtis Gabriel, hit #1 on both Traxsource and Beatport. Her ‘Sam Divine In The House’ compilation featured further productions and went #1 on iTunes’ Dance chart. With much more to come from the shining UK talent, her debut in The Lab NYC is highly anticipated.

Following her set in The Lab NYC, Sam Divine will head to House Of Yes for the Cirque Nouveau: Freakshow to perform alongside Chrissy. Find tickets here

Watch Sam Divine's set in The Lab NYC live streamed to Facebook on Monday, October 21 at 2:30 PM ET. The set will also be available on Mixmag's YouTube channel here.