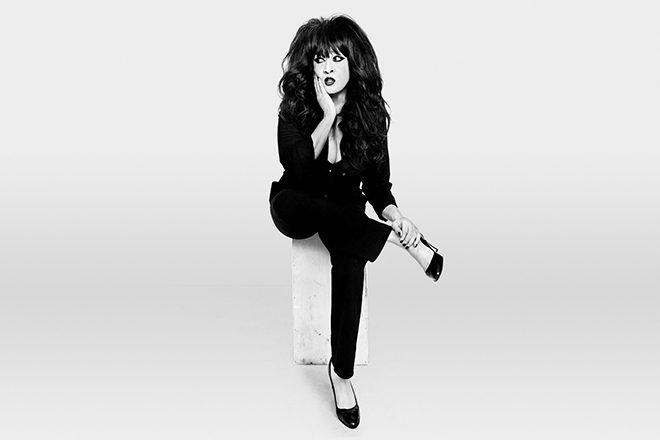 Ronnie Spector, an icon of the 1960s and leader of New York girl group The Ronettes, has died aged 78 after a brief battle with cancer.

A family statement posted on her website says: “Our beloved earth angel, Ronnie, peacefully left this world today after a brief battle with cancer. She was with family and in the arms of her husband, Jonathan.

“Ronnie lived her life with a twinkle in her eye, a spunky attitude, a wicked sense of humor and a smile on her face. She was filled with love and gratitude.

“Her joyful sound, playful nature and magical presence will live on in all who knew, heard or saw her.”

Their only studio album ‘Presenting the Fabulous Ronettes Featuring Veronica’ came out in 1994 and is regarded a classic R&B and pop album. It was released while Ronnie was still going by her birth name of Veronica Bennett.

Initially known as The Darling Sisters, the trio comprised Ronnie’s elder sister Estelle Bennett and Nedra Talley. They changed their name to The Ronettes upon signing to Phil Spector’s Philles Records in 1963.

Spector produced and co-wrote many of their big hits, and also began an affair with Ronnie around the time they started working together in 1963.

Ronnie and Phil married in 1968, after Phil Spector divorced his previous wife in 1965. They adopted three children while married.

In her 1990 memoir Be My Baby, Ronnie Spector revealed she was subjected to years of psychological abuse by Phil, including career sabotage and threatening to kill her and display her body in a glass-topped casket he stored in her basement.

Phil Spector was convicted of the 2003 murder of Hollywood actor Lana Clarkson, who he shot dead in his California mansion, in 2009.

Upon his death last year, she commented: “He was a brilliant producer, but a lousy husband. Unfortunately Phil was not able to live and function outside of the recording studio. Darkness set in, many lives were damaged.”

They got divorced in 1974, and Ronnie surrendered the rights to future earnings of her music in the settlement after he threatened to have her assassinated by contract killers.

While trying to rebuild her career, Phil repeatedly tried to block her success, employing lawyers to stop her singing her hits. He was eventually ordered to pay her more than $1 million in royalties, after a prolonged legal battle that was took more than 10 years to reach trial upon a lawsuit seeking $10 million in damages being filed in 1988.

Ronnie remarried to her manager Jonathan Greenfield in 1982, and had two sons with him.

She released a number of solo singles and albums through the '70s and '80s, and released her final solo album 'English Heart' in 2016.

The family statement on Spector's site adds: “In lieu of flowers, Ronnie requested that donations be made to your local women’s shelter or to the American Indian College Fund.

“A celebration of Ronnie’s life and music will be announced in the future.

“The family respectfully asks for privacy at this time.”