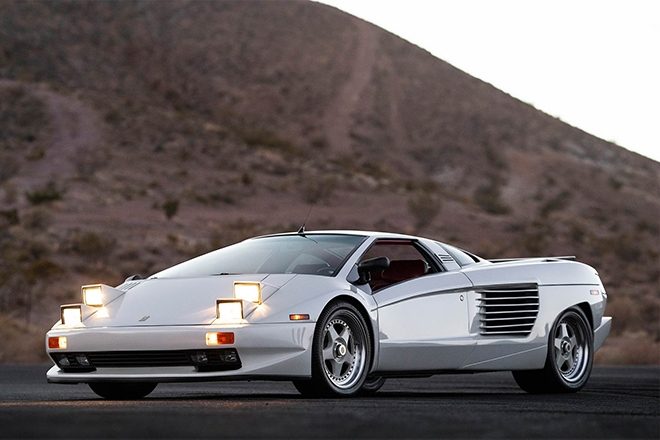 The Father of Disco, Giorgio Moroder, is putting his 1988 Cizeta-Moroder V16T prototype to auction on January 27 in Phoenix, Arizona.

According to the auctions website RM Sotheby, it is a fully functioning prototype with significant differences from the production model.

The Italian sports car was developed in the 80s by mechanic and Lamborghini specialist Claudio Zampolli.

Read this next: Giorgio Moroder: "I make good club music because I don't go to clubs"

Claudio Zampolli partnered with Moroder who acted as an investor in the creation of this V16-powered sports car.

The V16T is the concept build of one of Moroder’s heavily invested vehicles which never entered stages of production.

Moroder had kept this original concept car whilst Zampolli attempted to manufacture it but due to a lack of funding the company declared bankruptcy in 1994.

Read this next: I feel love: Donna Summer and Giorgio Moroder created the template for dance music as we know it

Only nine production cars exist along with this prototype which was previously displayed at the 1989 Los Angeles and Geneva Motor Shows and since then, Canepa Design did a full mechanical restoration on the vehicle in 2018.

Find out more about the sportscar and the auction here.