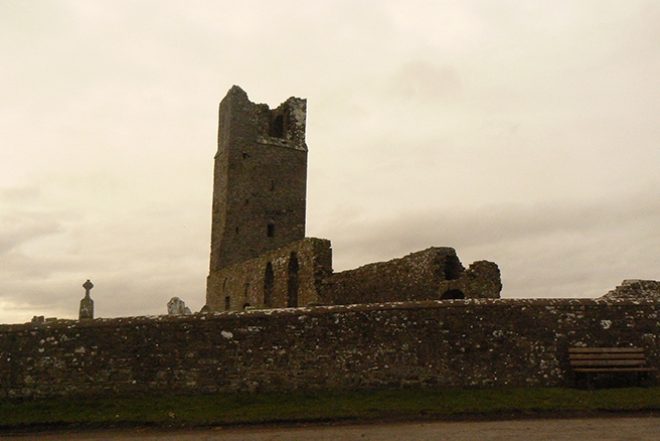 Skryne Castle in County Meath, Ireland was turned into an illegal rave on St Stephen’s Day, December 26 when hundreds of people gathered at the 850-year-old site.

Ireland was under new COVID-19 restrictions at the time, yet ravers continued to organise the event by renting the castle out via the website Airbnb.

According to EDM.com, the rave saw around 450 people attend and a set was performed by a “famous DJ”, but the DJ’s identity is still unknown.

Castle owner, Derek Iceton said that he began to receive calls regarding the event at around 9:PM from local residents claiming loud noise and the arrival of taxis at the castle.

After hearing this Iceton immediately phoned the local police before arriving to find a large bar and many illegal substances in use.

Derek Iceton describes the scenes for himself when he tells Sunday World: “I started to get calls about 9:PM on Sunday night to say the roads around Skryne were flooded with taxis and the people were pouring into the castle grounds.

“I contacted the guards before myself and the assistant farm manager, Ivan Clarke, went down immediately to see what was happening.

“To be honest, my priority was to make sure our livestock, primarily the horses were safe, I assumed the guards would deal with everything else – The first thing I saw when I went in was a number of huge, two-three metre canisters of nitrous oxide and also a massive bar that had everything from tequila to Cointreau for sale.”

To disperse the crowd Derek Iceton claimed that the Garda National Drugs and Organised Crime Bureau (DOCB) and The Emergency Response Unit (ERU) were on hand with raids about to commence, which shifted many people from the rave which was throughout the buildings 3 floors.

In a video, a number of ravers can be seen alongside damage inside the historic castle.