Priti Patel used incorrect data about illegal raves provided by the Met Police to justify emergency powers for police forces during the first wave of the COVID-19 pandemic, Mixmag can reveal.

Introducing new powers for the police in an article for The Telegraph on August 28, 2020, the Home Secretary said: “In London alone, the Metropolitan Police has responded to more than 1,000 unlicensed events – such as big raves and parties – since the end of June, receiving information on more than 200 events across the city in a single weekend.

“We will not allow this breathtakingly selfish behaviour from a senseless minority to jeopardise the progress we have made together.

“That is why we are cracking down on the most serious breaches of social distancing restrictions.”

An investigation by Mixmag has found that during this time The Met was using a flawed methodology to calculate the number of raves that it was responding to, which had the potential to dramatically inflate its statistics.

Information obtained under the Freedom of Information Act has revealed that the figures published were actually the number of “messages” about illegal raves recorded on its “Computer Aided Dispatch” system rather than the number of confirmed unlicensed events.

This means the Met could have counted individual events dozens or even hundreds of times in the numbers it published as well as including incidents that were not actually illegal raves.

A separate CAD message is created every time the police are contacted and informed of a crime, so if more than 50 people report the same illegal rave the system creates more than 50 CAD messages for a single event. 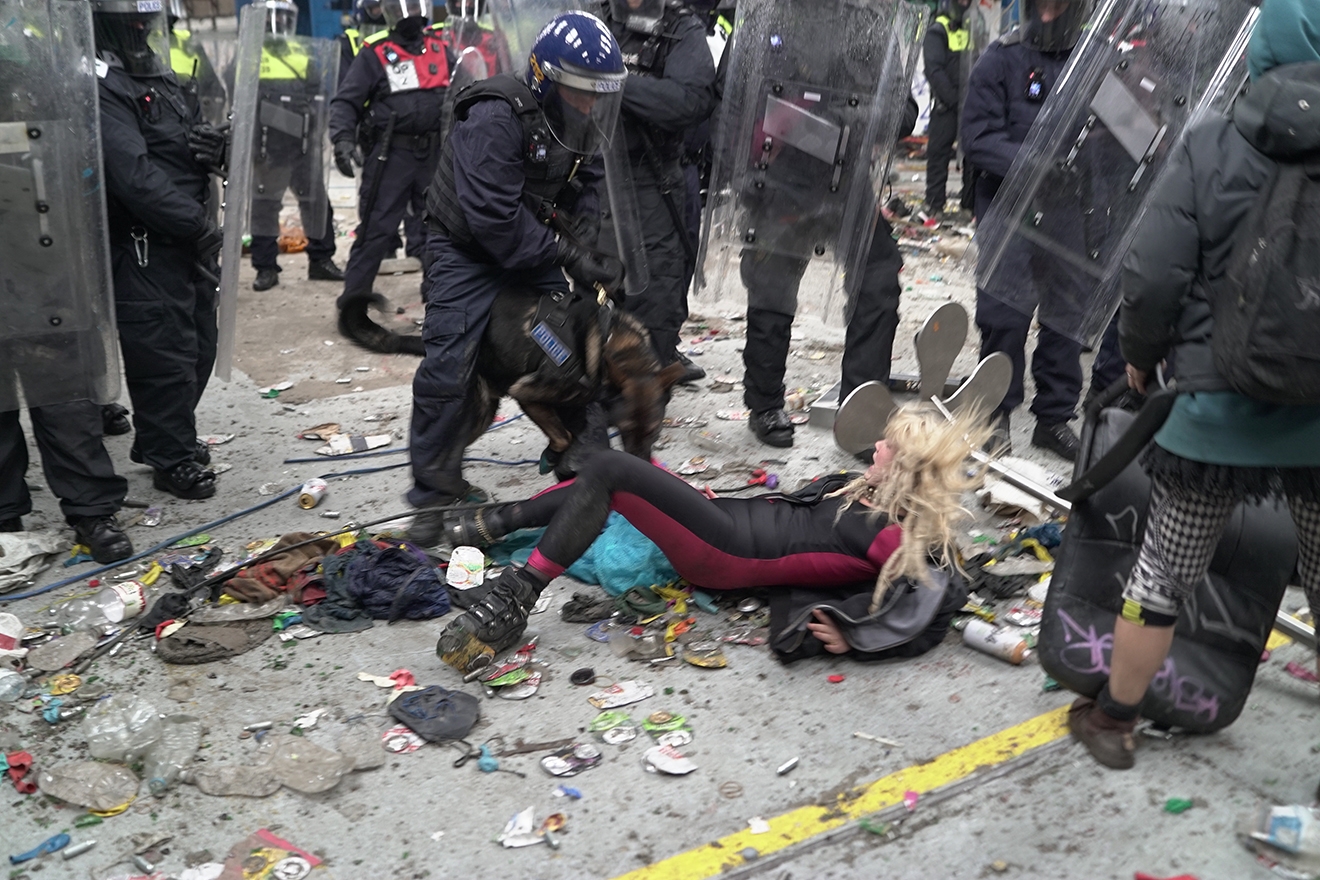 On 18 August 2021, in an emailed statement to Mixmag, the Met issued an apology for “confusion” over the statistics used by the Home Secretary.

It said that the figures she used related to the number of “pieces of information about events in the capital” received by the police force, not the number of events identified.

The Met declined to provide a breakdown that would reveal the true number of illegal raves identified by the force during the time period.

Read this next: Dave Clarke: “Plague raves are disgusting”

Speaking to Mixmag under the condition of anonymity, a former police officer told Mixmag it is common for a single illegal rave to generate large numbers of CAD messages as many different people call the police separately to report the event.

The Met doesn’t regularly publish the number of separate calls that it receives for individual unlicensed music events, but on 19 July 2020, the Met revealed that it received more than 30 calls about a single party that took place in North London.

This incident would have been double counted more than 30 times in the statistics quoted by the Home Secretary. 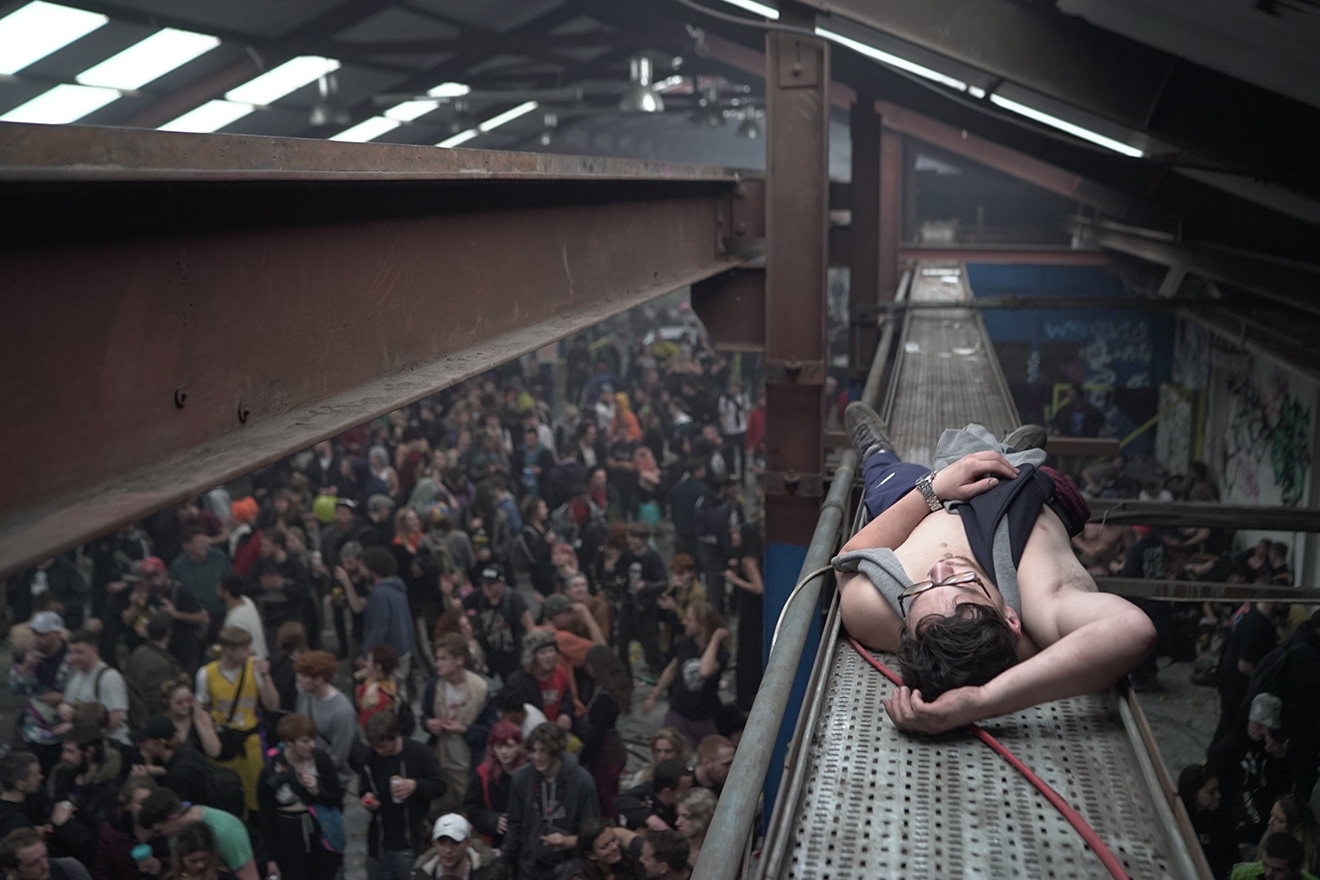 As well as being used by the Home Secretary, inflated figures about illegal raves provided by the Met were widely reported on in both national and regional newspapers as well as television news programmes.

News organisations that published the incorrect figures include Sky News, The Times, The Independent, The Evening Standard, The Economist, The Mirror, The Express, and Manchester Evening News.

On August 17, the Evening Standard published a story saying “more than 1,000 unlicensed lockdown events have been held in London since June.”

On August 23, Sky News published a similar report that said: “The Metropolitan Police has responded to more than 1,000 illegal events in London since the end of June.”

The same figures used by Priti Patel were also used by The Economist on September 3, 2020, in an article with the title: Why raves are enjoying a revival: Britons are partying like it’s 1988.

It said: “The Metropolitan Police has recorded more than 1,000 raves (which it defines as unlicensed music events with more than 20 people) in London since the end of June.”

Less than a month before the Home Secretary wrote her article in the Telegraph, the Met Police released a press release that also used inaccurate data, saying that the force had “received information on more than 530 events across the capital” in the space of a single month.

Read this next: Police chief calls for power to force entry into suspected lockdown breakers’ homes

The Met calls illegal raves “unlicensed music events”, and in the press release it said it was responding to “approximately 23 UMEs every day”.

It added: “On Saturday, 18 July alone, information was received on 86 separate incidents.”

The police force has now said that all these figures were incorrect and the original press release, which was published on 24 July last year, has since been deleted from the Met’s website. (Its content can still be seen here.)

In a recent statement issued in response to a Freedom of Information request from Mixmag, the police force said: “For clarity, the figure of 530 within the MPS press release does not relate to the number of raves”.

It added: “We may have received several calls by several different members of the public when in fact it is only one incident with several CAD messages.”

The force went on to say that some of the CAD messages counted in the figures published may have been about incidents that were mistakenly identified as an unlicensed music event by members of the public. 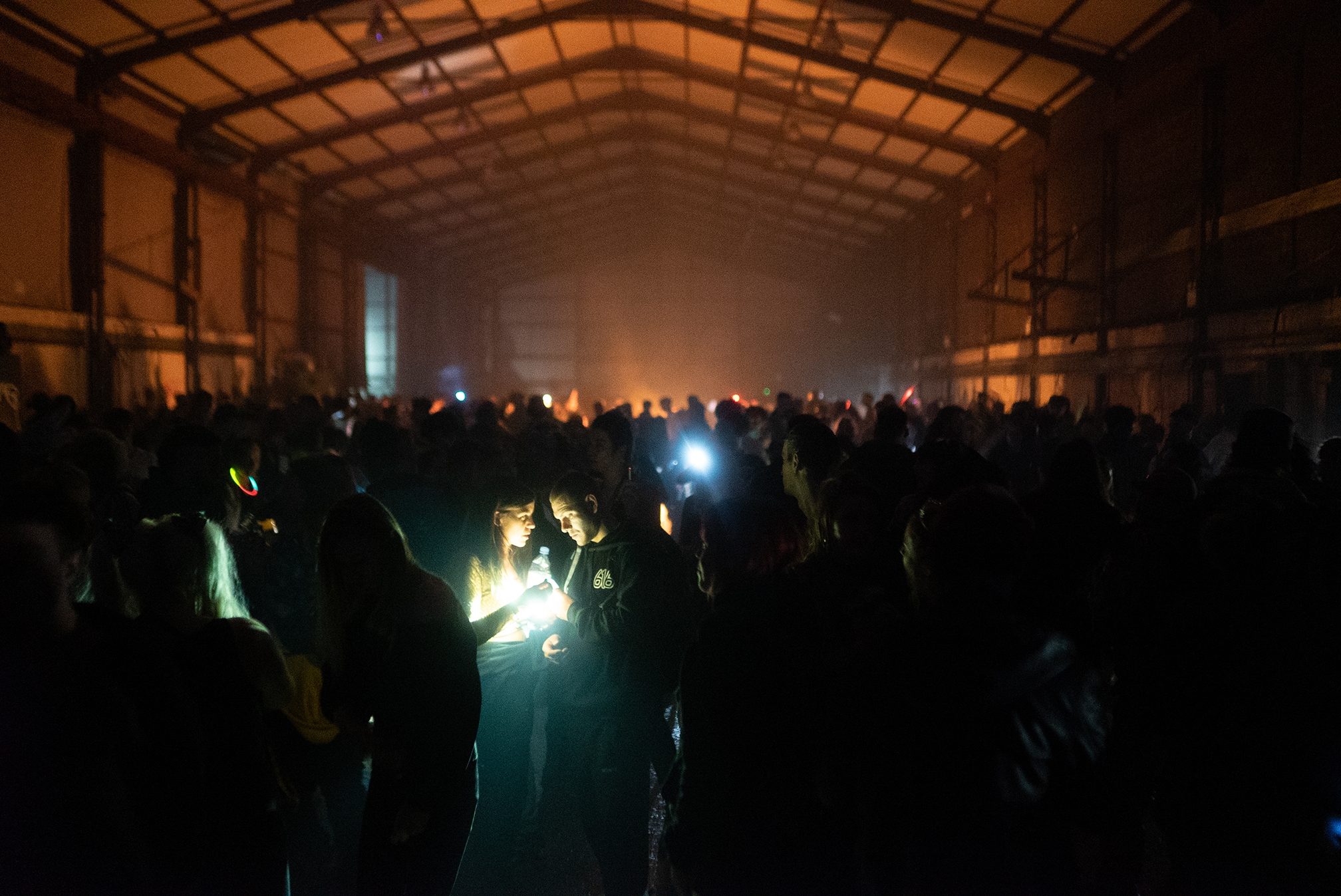 The misleading figures on the press release were reproduced in a wide range of newspapers, intensifying fears that music events were a key factor hastening the spread of the COVID-19 virus in London.

One article in The Times stated: “In just over three weeks to July 18, Scotland Yard was made aware of 530 lockdown raves and ‘block parties’.”

An article in The Express, which was published on July 24, was given the headline: “London crackdown on 'dangerous' illegal raves launched after 500 unlicensed events held”.

Read this next: Illegal rave organisers face fines of up to £10,000 under new rules

Mohammed Qasim, a visiting research fellow in criminology at the London School of Economics, believes the Met needs to put new systems in place to stop the publication of incorrect statistics.

“After a string of scandals and failures, trust in the Met Police is extremely low at the moment,” he said.

“The force should be trying to rebuild trust – and this isn’t going to happen if it continually publishes statements that are wrong or misleading.

“New fact-checking processes need to be put in place to make sure the public can believe what the Met is saying.”

Qasim added: “In the middle of a crisis, such as the pandemic, what both the public and policymakers need are clear cut facts that they can rely on.”

“The inaccurate figures published by the police force, and the slew of high-profile news stories that followed, may have prompted an unjustified focus on music events in the middle of the pandemic, distracting from other issues such as government policy.”

The figures published by the Met last summer were especially alarming because, since the early stages of the pandemic, virologists had warned that mass gatherings have the capacity to dramatically hasten the spread of the virus.

At that time music events had already been linked to outbreaks of COVID-19 in other countries, with evidence that a single infected person can infect dozens of others when moving through crowded spaces without social distancing. 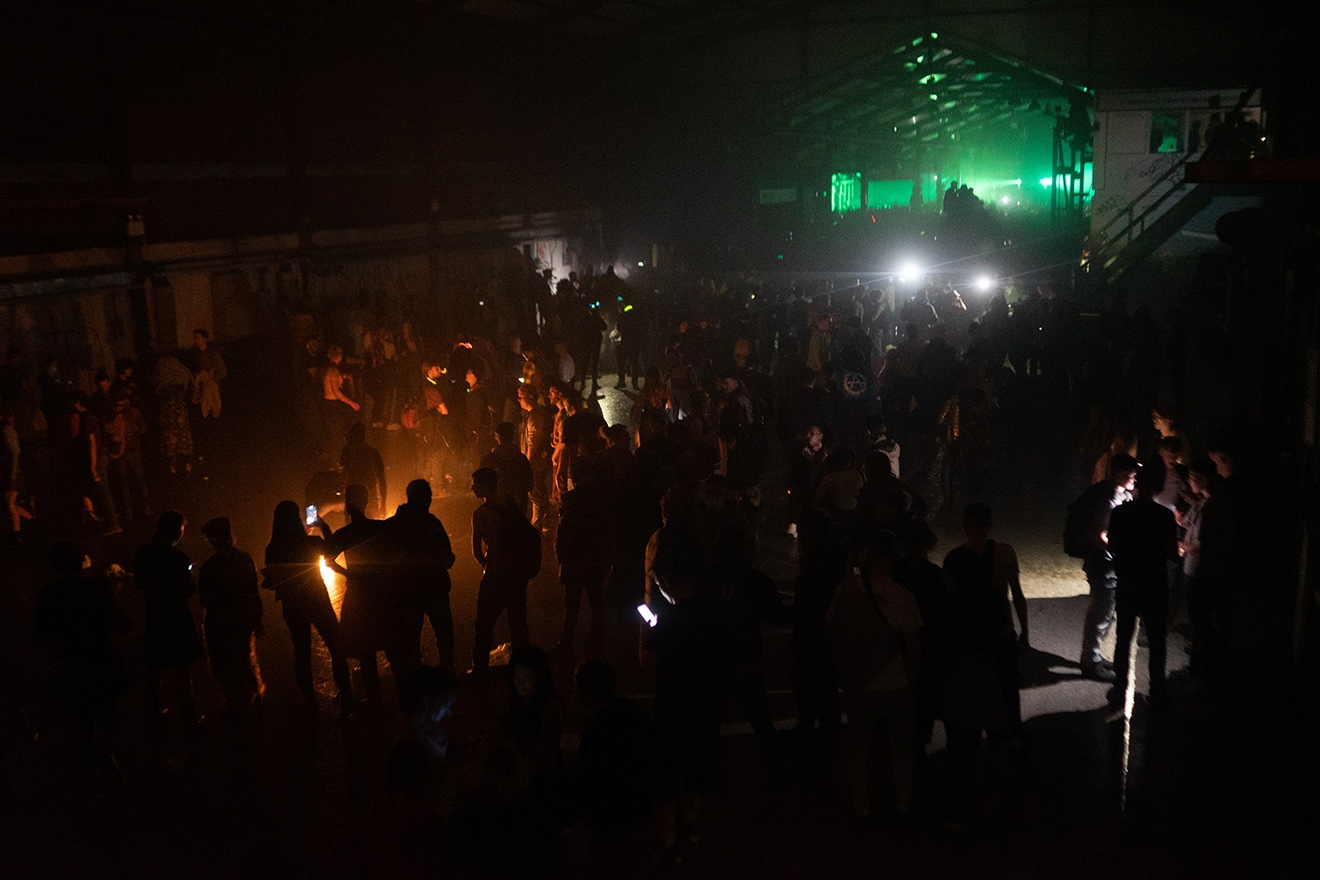 The free party veteran and acid techno innovator Chris Liberator believes that the numbers published by the Met were out of step with reality and fuelled a false narrative about the resurgence of illegal rave culture in the UK.

“The nature of illegal raves means that it is impossible to exactly quantify the number of raves that occurred in any region during a specific time period, but if you are a raver connected to the free party scene with your ear to the ground you know when events of a certain size are taking place,” he said.

“It’s definitely true that lockdown and the closure of commercial clubs created a new audience looking for illegal raves - and there were also some groups that put on parties during lockdown to cater for this demand.

“But, if you compare the summer of 2020 to previous years when there was no lockdown, there were far fewer big illegal raves taking place during the pandemic.

“During lockdown many established free party crews stopped putting on events because they were worried about the public health implications of putting on an illegal rave and spreading the virus.

“They were also worried about the severe penalties that they could face such as large fines and the seizure of their equipment.”

He added: “During the lockdown in the summer of 2020 members of the public were repeatedly encouraged to report anyone who was breaking the rules – so it is possible that the police could have received dozens, if not hundreds, of complaints and messages about many of the illegal raves that took place.”

Kevin Blowe, coordinator of the police monitoring group Netpol, said: “The publication of these figures that exaggerated the number of illegal raves identified by the Met Police raise serious questions.

“It is unlikely that we will ever find out whether publishing the incorrect data was a simple mistake or deliberate misinformation.

“However, what we do know is that the police benefitted from the publication of these figures about illegal raves as they helped justify the extra powers they were granted during the pandemic.” 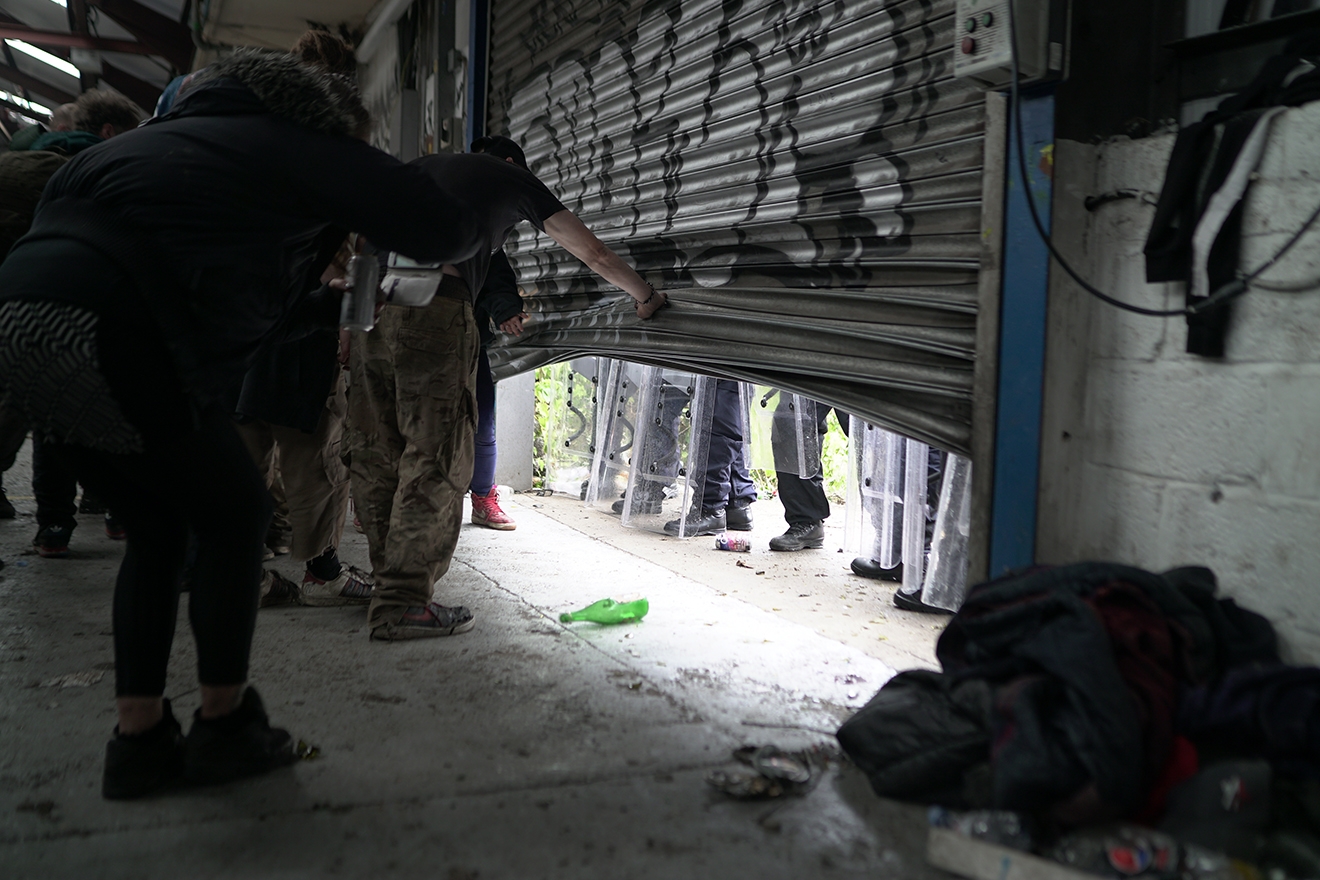 There have long been issues regarding the publication of misleading and unreliable data by police forces in the UK.

In January 2014, "national statistics" status was withdrawn from police recorded crime figures following allegations from the police watchdog that some of the quarterly published figures were subject to "a degree of fiddling".

At the time, the UK Statistics Authority said it took the decision as a result of "accumulating evidence" that the underlying data on crimes recorded by the police may be unreliable.

Allegations included claims that the Metropolitan police had understated sexual offences by as much as 25 per cent.

More than seven years later, the national statistics designation is yet to be restored as problems with misleading police data have persisted.

Given the regularity of police forces publishing unreliable information, some experts believe that information supplied by the police should be subjected to increased fact-checking by external organisations.

Qasim said: “It is shocking to see politicians and publications repeating the Met’s incorrect figures about illegal raves without rigorously checking them or qualifying them in any way.

“Institutions that interact with UK police forces need to hold them to account rather than unquestioningly accepting unlikely information when it suits their own agenda.”

The Home Office was contacted by Mixmag to respond to the Home Secretary’s use of incorrect statistics provided by the Met Police.

A Home Office spokesperson said: “During the height of the pandemic, illegal raves were extremely dangerous and put people's lives at risk.

“Police forces have worked hard to gather and share intelligence in order to detect and disrupt unlicensed music events which were purposely organised at short notice to avoid detection, and took the appropriate enforcement action through the issuing of Fixed Penalty Notices, where necessary.”

The Home Office spokesperson added: “The Home Secretary used this figure in good faith and with the understanding that it was correct at the time. We note that the Metropolitan Police have today clarified that the figure referred to 1,000 pieces of information about unlicensed music events.

“We also note that the Met Police made exhaustive efforts to shut down such events, as they were illegal at the time and posed a risk of Covid-19 transmission.”