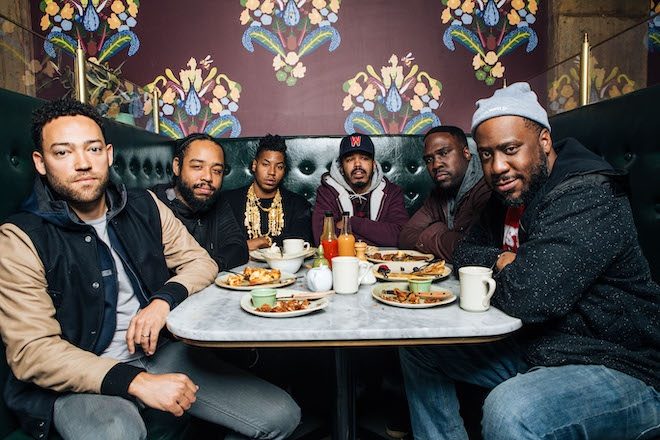 Read this next: Listen to a playlist of acid jazz curated by Amaarae

The group first formed in 2017 for a performance that Glasper was putting together for a show at SXSW. All of the members are prominent in their own areas of the music industry. Terrace Martin is best known as being an architect of Kendrick Lamar’s ‘To Pimp a Butterfly’ album; Hodge was a founding member of the Robert Glasper Experiment and has produced scores for Spike Lee; McFerrin is the son of Bobby McFerrin and is closely associated with Flying Lotus’ Brainfeeder label; Adjuah’s 2017 ‘Centennial’ trilogy of albums is a celebration of Africa’s sonic diaspora; and Glasper has regularly worked with Tyson in several of his projects.

‘R+R=NOW Live’ was recorded during Glasper’s month-long residency in 2018 at the Blue Note Jazz Club in New York.

R+R=NOW stands for ‘reflect’ and ‘respond’, which Glasper attributes to Nina Simone’s belief that an artist’s responsibility is to “reflect the times”.

Listen to the band’s cover of Kendrick Lamar’s ‘How Much A Dollar Cost’ and check out the full album tracklist below.