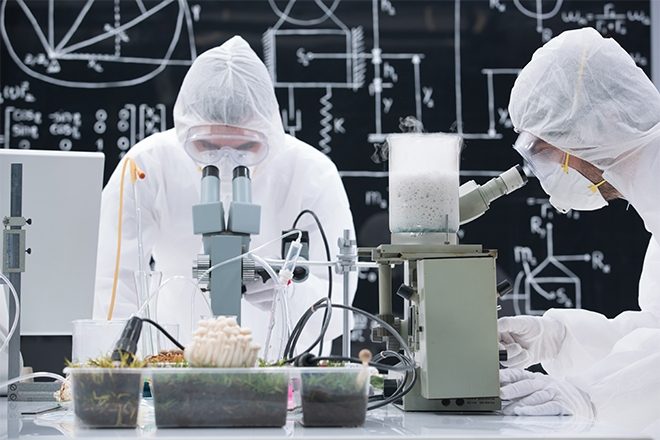 Johns Hopkins Medicine is launching a new research center aimed at how psychedelics and wellness uses of a class of illegal drugs affect health and changes in the user's consciousness.

Announced on Wednesday, September 4, the Center for Psychedelic and Consciousness Research is the first of its kind in the US. A similar research center was created at Imperial College in London back in April, but it pales in comparison to the $17 million invested into Johns Hopkins' new venture in Baltimore. The funds were proffered entirely by a group of private donors since federal funding for research surrounding illicit drugs is pretty much a nonstarter.

Studying LSD, psilocybin and other psychedelic compounds to determine how they affect various mental health problems, the hope is that researchers can focus on applications of these drugs for treating everything from eating disorders and opioid addictions to Alzheimer’s disease and PTSD.

Roland Griffiths, a professor of behavioral biology at Hopkins’ School of Medicine’s, will act as the center's director. “The center’s establishment reflects a new era of research in therapeutics and the mind through studying this unique and remarkable class of pharmacological compounds,” said Griffiths in a statement. “In addition to studies on new therapeutics, we plan to investigate creativity and well-being in healthy volunteers that we hope will open up new ways to support human thriving.”

Various studies over the years, many of which came out of Johns Hopkins School of Medicine which has been studying hallucinogens since 2000, have conducted groundbreaking studies that explore the psychedelic possibilities.

Earlier this year, Dr. Matthew Johnson, an associate professor at the University who will join as the new center's assistant director, conducted a study that suggests LSD and magic mushrooms can help people overcome alcohol dependency. Another Johns Hopkins scientist, Gül Döle, found groundbreaking insights into the biological mechanisms that MDMA triggers in the brain when it is used to treat PTSD.

“Our scientists have shown that psychedelics have real potential as medicine," said Dr. Paul B. Rothman, CEO of Johns Hopkins Medicine in a statement. "This new center will help us explore that potential.”

Do you have to do drugs to enjoy dance music?
New study indicates that psychedelic drugs make people less violent
Magic mushrooms could help treat depression
Get the best of Mixmag direct to your Facebook DMs