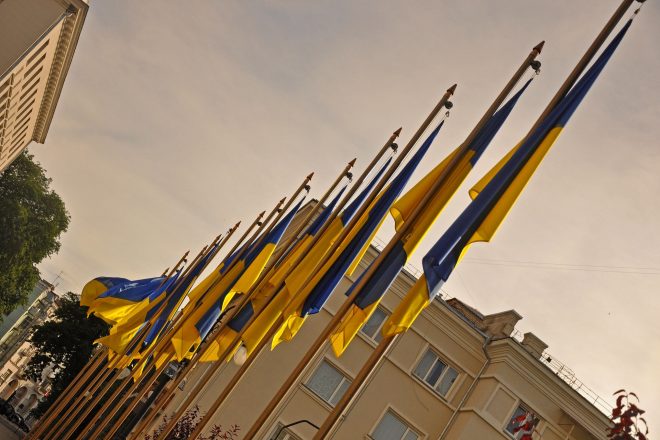 A rave in Ukraine advocating for LGBTQ+ people is set to take place outside President Zelensky’s office on July 30.

According to the Kyiv Post, activists are planning to bring a sound system, DJs and a stage outside the President’s office in support of rights for Queer people in the country.

Sofila Lapina, one of the co-founders of UkrainePride, spoke to the Kyiv Post, saying:

“Rave Pride is the real face of the queer community and the youth of Ukraine today.”

Pride marches in the country have often been the target of far-right movements aiming to harm protestors. Ukraine Pride is looking for ways to advocate for queer people differently.

“Advocacy is any action that shines a light on the violations of a person’s rights, and UkrainePride is looking for the most diverse and most creative ways to do that” Lapina continued.

“The word ‘rave’ comes from the word ‘noise,’ and I believe the protest needs to be noisy so that people pay attention.”

Under Ukrainian law, attacks against queer people are not regarded as hate crimes - meaning that those who commit violence towards the community will often face little to no repercussions.

Read this next: Ukrainian partygoers protest against police violence and illegal detention of musicians

“At Rave Pride, we are going to play loud music in the middle of the workday at the President’s Office so that the authorities can finally hear us, the same authorities who pretend that nothing is happening, that there are no hate crimes.” Lapina wrote after being targeted with hate on social media.

The event is set to feature a number of DJs including Nastia, Katro Zauber, Gael Abakarova and many others.