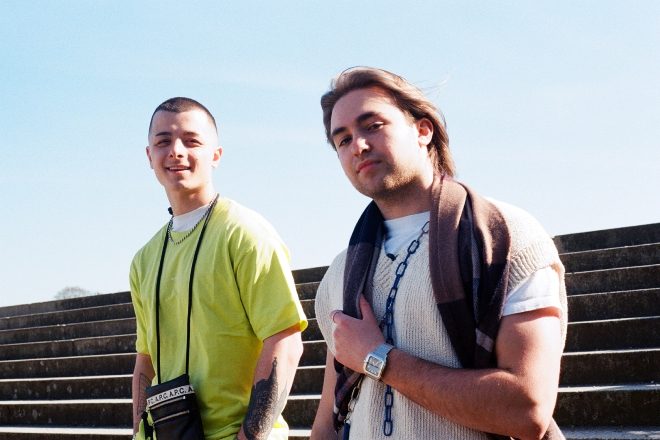 Leeds duo Prospa have just announced the release of their next EP, ‘Rave Science Vol. 2’, and released their latest track, ‘Voyage’.

The pair follow up their February 2021 released ‘Rave Science Vol. 1’ with a sequential EP, made up of three tracks.

“We’re back at it with new music,” they announced on Instagram on Thursday. “As the nights turn colder, festival season is over we’re getting back into the club vibe. New EP starts with Voyage out this Friday. So excited to present you this. We're coming with madness this year and next.”

On Friday, October 8, the duo then dropped the first track from the EP due for release on November 5. ‘Voyage’ is a 5-minute long dancefloor anthem produced for the post-pandemic parties.

Read this next: Prospa in The Lab LDN

The duo announced the release of their new track on Instagram this morning alongside a visual, saying: “Voyage is out today. This is the first of a three-track EP that we are so so proud of.

“Been playing these tunes out for a while. To us, they represent the change of seasons. Music for the solemn journeys on the bus. For the wrapped up emotions of winter and of course for the endless nights at the club. Enjoy our first offering.”

The video to go alongside the track was directed by Jordan Martin, who compiles a futuristic visual made up of cities, motorways, and dystopian landscapes.

Read this next: Get to know Prospa, the duo bringing rave euphoria for a new generation

Prospa are playing two headline shows this month in support of their new record, both of which are now sold out. The shows at Leeds’ Belgrave Music Hall and London’s Village Underground are set to be two of the duo’s biggest gigs to date.