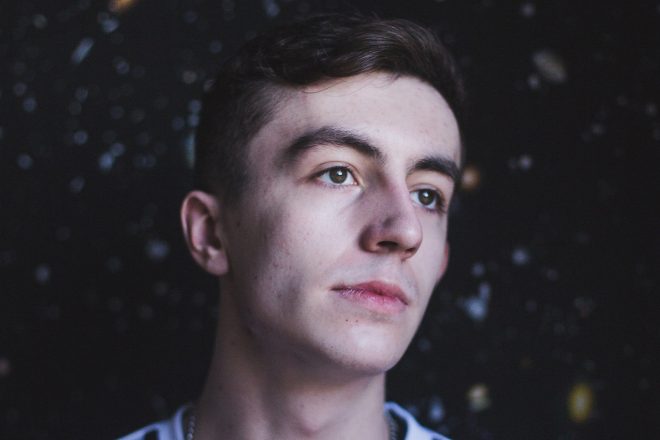 Glacci is an artist bringing a touch of sparkle to the murky world of club.

The Nottingham producer jumped on Plastician’s Terrorhythm imprint back in 2016, releasing his shimmering debut EP, ‘Lucid’, to critical acclaim.

This year, he returns with his debut album, ‘Lifeforce’, a glossy trap-grime concoction as vibrant as its artwork. Saturated with a hi-def hue, the LP is inspired by a “blend of electronic music, metal, noise and psychedelia”, with a stand-out feature from pioneering wave producer Kareful.

Innovative, euphoric, and packed with emotion, the album weaves through futuristic grime soundscapes, with whispers of wave, trap and melodic musings throughout.

‘Death Dealer’, the tune we’re premiering today, has been described by Plastician as, “one of the best songs" released on the label over the past 15 years. It’s an empathic offering, drawing on the immersive nature of icy instrumentals. Packed with cold, reverberating synth work, ‘Death Dealer’, sidelines formulaic bass patterns and instead, steps into new, unchartered territory.

‘Lifeforce’ is out July 31 on Terrorhythm. Get your pre-orders in here and tune in to ‘Death Dealer’ below.