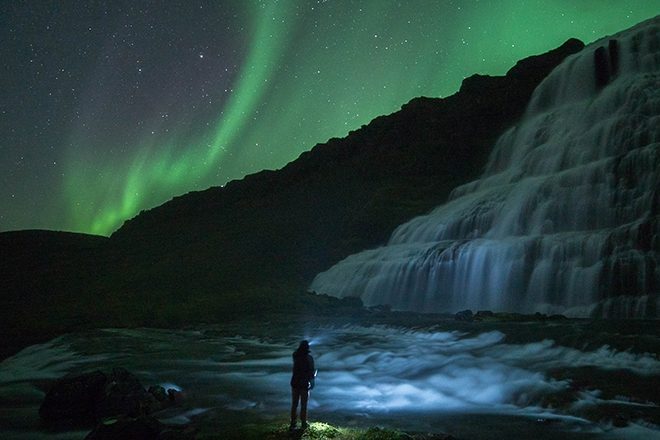 A new pop-up nightclub, Detour Discotheque, is appearing over two nights in Iceland.

On April 29 and April 30, the club - styled after New York City nightclubs of the seventies and eighties - will open its doors in the 250 person-strong village of Þingeyri, in the Westfjords of Iceland.

Entitled as a ‘party at the edge of the world’, the 160-person capacity club will feature a line-up of DJs such as DJ Rahaan, Norsicaa and Hermigervill: each who hail from the US, the UK and Iceland respectively.

Read this next: Björk to play four orchestral concerts in Iceland

Detour Discotheque is organised by a collective working between the UK and Iceland, with local support in the village where the event is due to take place also.

Organiser Jonny Ensall says: “Detour Discotheque is a door to another universe. Þingeyri is an unreal location, and one of the last places on the planet you’d expect to find a nightclub. However, with the support of the Westfjords community, we’re attempting to recreate the atmosphere of the first discos – legendary NYC parties like The Loft, where everyone was welcome, no one felt like an outsider and the dancing went on all night long.”

Díana Jóhannsdóttir, manager of the local visitor board, says: "Bold creative projects are always welcome in The Westfjords. Þingeyri is a great place to find headspace and try out new ideas, as well as a beautiful location for travellers, with whale and seal watching, hiking and biking and the beautiful Dynjandi waterfall nearby.”

“We hope that partygoers use the opportunity to visit our communities and enjoy nature.”

Read this next: 10 classic tracks from David Mancuso’s Loft