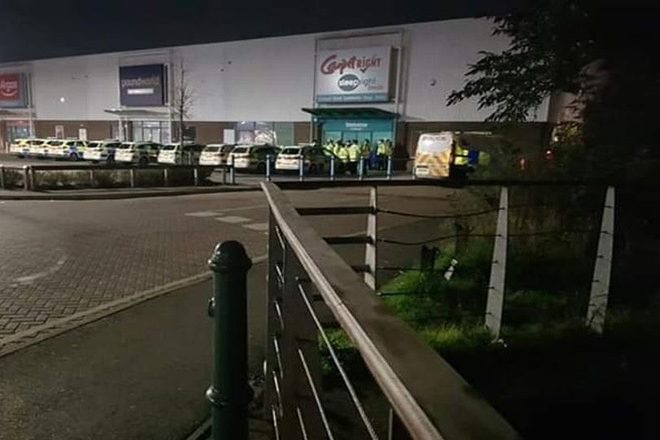 Police were called to an abandoned Carpetright warehouse in Strood Retail Park, Kent on Sunday night to break up an illegal rave being held.

The event is believed to have been attended by over 1000 people, meaning 10 police cars turned up and shut down the party at 11.30pm.

A 39-year-old man was arrested on suspicion of conspiring to commit a public order offence and supplying a psychoactive substance in the form of nitrous oxide.

Read this next: Police allowed illegal rave with 700 people to carry on for 12 hours

"It was established that a suspected unlicensed music event was being held inside a disused warehouse with a significant number of people in attendance.

"Officers remained at the location to prevent any potential breach of the peace, ensure public safety and identify if any criminal offences had been committed."