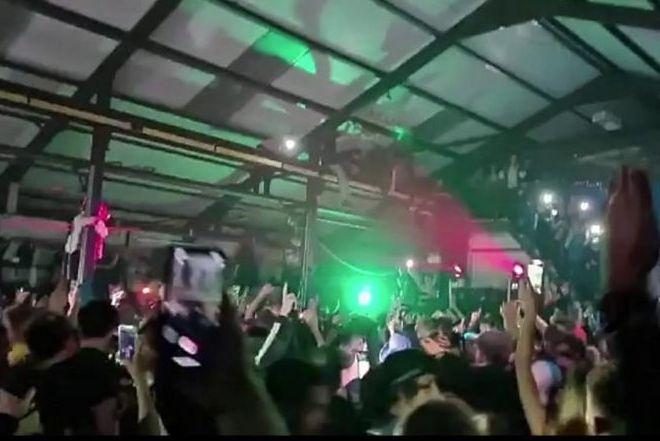 Avon and Somerset police force is investigating its officers for an incident where a woman was hospitalised after being mauled by a police dog at an illegal rave just outside of Bristol.

The rave happened on Halloween night at an abandoned warehouse in Yate. Police officers came to shut the rave down at 10.30pm as it was not in compliance with Coronavirus restrictions on events. Several hundred people were in attendance, and the rave had allegedly been going on for 24 hours. Jessica Mae Andrew, 28, was in the crowd when she was attacked by a police dog as they tried to shut the rave down.

“The officers opened their wall of shields up slightly and the next minute the dog was mauling the top of my leg,” Andrew said. “My leg is totally a different shape now as it pulled so much fat from the top.”

Due to the extent of her injuries, Andrew has had to change her residence from where she was living on a boat because of access issues. She will also have to undergo extensive physiotherapy, liposuction and plastic surgery.

Andrew plans to pursue legal action against the police.

A spokesperson for Avon and Somerset police has confirmed that a dog bite incident was referred to the Independent Office for Police Conduct (IOPC) on Sunday November 1. “The IOPC adjudged the matter was suitable to be investigated locally by Avon and Somerset police,” they continued. “That process is ongoing and will include reviewing body-worn footage. Our final report will be provided to the IOPC.”

The spokesperson or police force have not commented as to whether or not the crowd was warned of a dog being let loose, or if the dog was under proper control.

Avon and Somerset chief constable Andy Marsh has commented on proceedings after the event of the rave and dog attack, saying that police officers were physically assaulted with punches, kicks, fireworks and bottles when they came to shut down the rave. This has been recorded on the officers’ body-worn cameras.