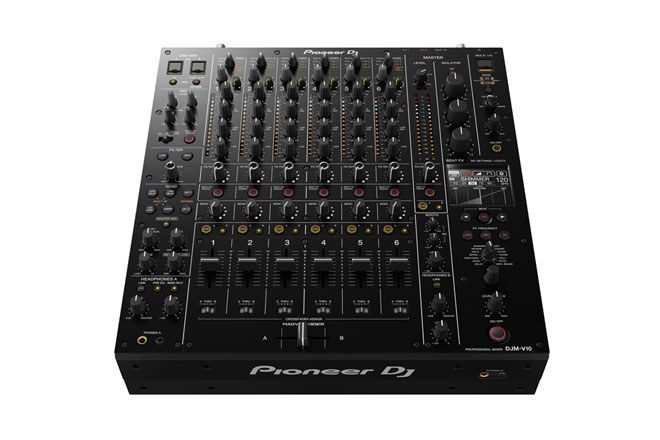 Pioneer DJ has presented its new six-channel mixer, the DJM-V10, which has an early February release date.

Features of the mixer include master isolators, four band EQs, per channel compressors, a send and FX return unit and individual channel filters.

Booth EQ will allow users to adjust monitor output from behind the decks and two sets of headphone cue outputs will give access to DJs for independent cueing.

Other bonus features include a new shimmer beat effect and Pioneer DJ has promised even better sound quality.

Read this next: A new documentary from Pioneer DJ explores the global festival scene

The DJ tech company added: “This enables DJs, technical producers, LJs, and VJs to use all the important information from the DJM-V10, such as actual fader and knob positions, to effectively align sound and visuals and create shows that blow audiences away."

Claude Von Stroke has praised the mixer on Twitter, writing: "Someone finally listened to me! #1 Booth EQ! No more terrible monitors blowing up my ears on the treble. I just got 5 more years on my DJ career!"

Pioneer V10 just arrived! Someone finally listened to me! #1 Booth EQ! No more terrible monitors blowing up my ears on the treble. I just got 5 more years on my DJ career!

Check out the mixer here.