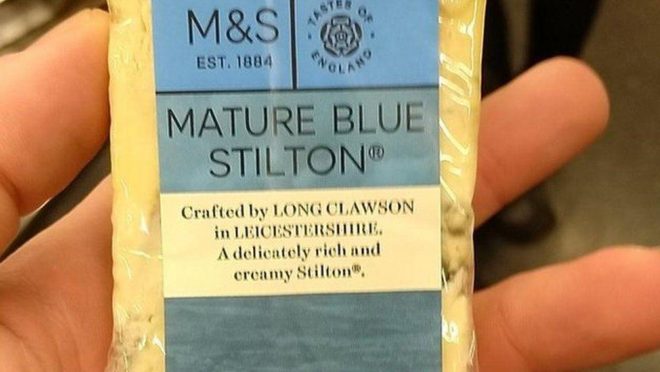 A drug dealer was identified by a picture of him holding a block of Stilton cheese after police enhanced the photo and found his fingerprints.

Carl Stewart, 39, shared the photo on EncroChat, an encrypted messaging service, and police found the photo and were able to identify his fingerprints.

Read this next: Bust to Boom: how drugs won the war on drugs

Stewart pleaded guilty to conspiracy to supply cocaine, heroin, MDMA and ketamine, alongside transferring criminal property on Friday at Liverpool crown court. He was sentenced to 13 years and six months in prison.

EncroChat had been used by Stewart to supply Class A and B drugs under the name ‘Toffeeforce’ - referencing Everton football club.

“Carl Stewart was involved in supplying large amounts of class A and B drugs, but was caught out by his love of stilton cheese, after sharing a picture of a block of it in his hand through EncroChat. His palm and fingerprints were analysed from this picture and it was established they belonged to Stewart.”

The National Crime Agency have found that EncroChat has been used to carry out drug and weapon deals, alongside a host of other crimes, such as money laundering. There are 60,000 users of EncroChat worldwide - with 10,000 based in the UK.

Other criminals have been identified in a similar way - South Wales police managed to convict 11 people after a picture of a man holding pills in his palm was sent to customers.