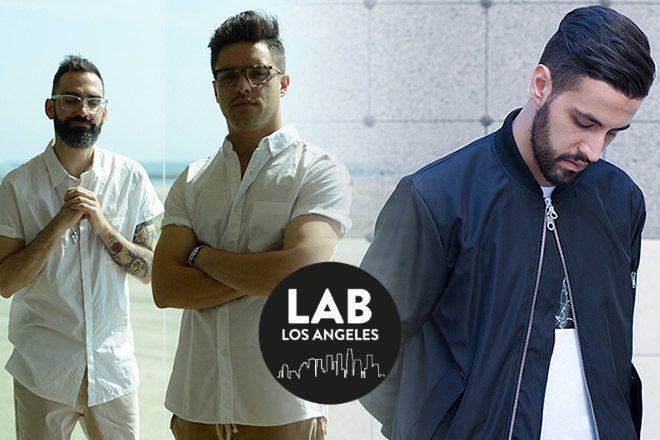 The Lab Los Angeles is Mixmag and Smirnoff Sound Collective's weekly post-work unwind where we stream only the finest American and international DJs, live and direct from our Downtown LA office. This Friday, we had Penthouse Penthouse of TeamSupreme and Hoodboi of Athletixx in The Lab LA.

Penthouse Penthouse is Preston James and Mike Parvizi, a duo born in Los Angeles and influenced by the r'n'b and hip hop flavors of their city. As part of the (in)famous LA crew TeamSupreme, PHPH have collaborated with the likes of Djemba Djemba, Mr Carmack and now move forward with a forthcoming EP release with Bobby Saint due out on June 28. Their 'Upload' EP is up for pre-order here.

Penthouse Penthouse was joined by special guest Bobby Saint for a special live performance of their EP at The Lab LA.

Roger Schami, also known as Hoodboi, is A-Trak, Dillon Francis and Alison Wonderland-approved and is also the co-founder of the LA-based Athletixx crew, which consists of himself, Falcons, Kittens and Promnite. After catching the attention of A-Trak, Hoodboi has since been adopted into the Fool's Gold family, where he most recently released his single 'PNTHR'. Grab it here.

The Lab LA is strongly powered by Void Acoustics. Subscribe to Mixmag TV and watch Penthouse Penthouse and Hoodboi below.