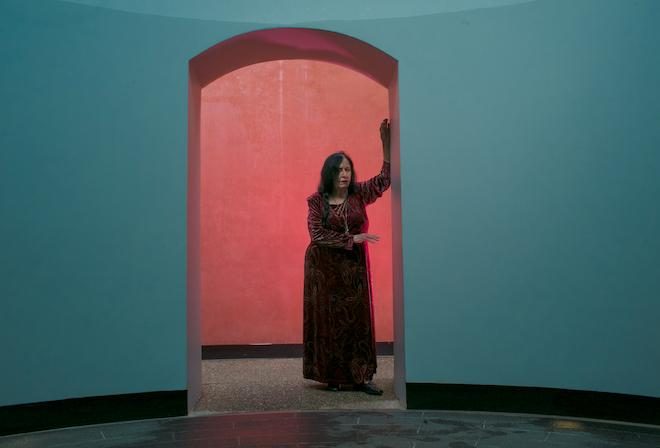 There is a new music video for Pauline Anna Strom’s track ‘Equatorial Sunrise’. It’s taken from her forthcoming album ‘Angel Tears in Sunlight’, which will be released via RVNG on February 19.

Pauline Anna Strom was an experimental ambient producer and composer in the 80s and worked under the pseudonym the Trans-Millenia Consort. Her aim was to channel primordial universal energies into synthesised sound in a time where synthesis was a largely male realm.

Strom died suddenly in December. The video for ‘Equatorial Sunrise’, directed by E.S.P. TV, features a voicemail that Strom left for her label head Matt Werth in which she draws out her vision for the visuals.

Strom’s music making philosophy centred the machinery as much as herself as a co-composer of her works. “Many musicians wouldn’t go that far because of ego,” she has said. “The equipment has to become part of you and your creativity. That’s how I think it all comes together.” She has cited her synthesisers as being an essential part of channeling the universe’s energies and frequencies in her music.

Watch the video for ‘Equatorial Sunrise’ below and preorder ‘Angel Tears In Sunlight’ here.