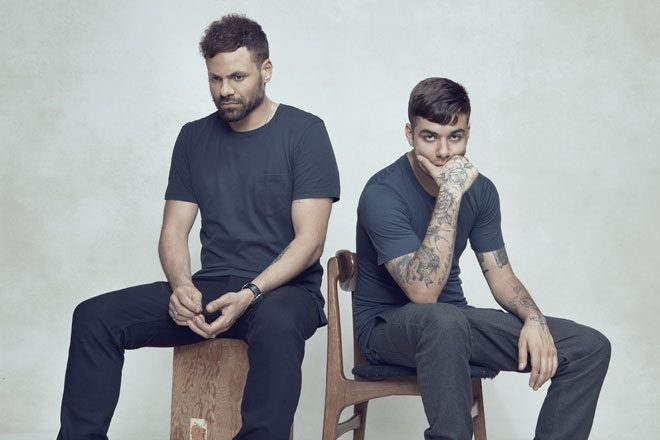 Off Week returns to Parc del Fòrum, Barcelona this June, welcoming some of the biggest DJs and club nights in electronic music.

Afterlife kicks off proceedings on June 14, with Tale Of Us (pictured), Ben Klock, Chris Liebing, Maceo Plex, Stephan Bodzin (live), Recondite (live), Tijana T and much more locked in to play. The other party that night is hosted by premier Romanian label [a:rpia:r], with Rhadoo, Raresh, Petre Inspirescu, Tulbure and EMI confirmed to play.

Attendees can expect eye-opening production for the Afterlife, Paradise and Diynamic stages, while a "special club atmosphere" is to be expected for the FRRC x fabric party, the Ellum party and the [a:rpia:r] party, which will have a VJ Dreamrec performance. An extra stage will be in place in the Temple area for Fuse's party on the final day.

All of this is in the stunning setting of Parc del Fòrum, only a step away from the Mediterranean sea and in close proximity to the centre of Barcelona, making it easily accessible by both car and public transport.

Day tickets or full festival tickets are available, ranging from €39 to €99. A backstage experience ticket can also be purchased for €399.

Head to the Off Week website for more information and check out the line-up below. 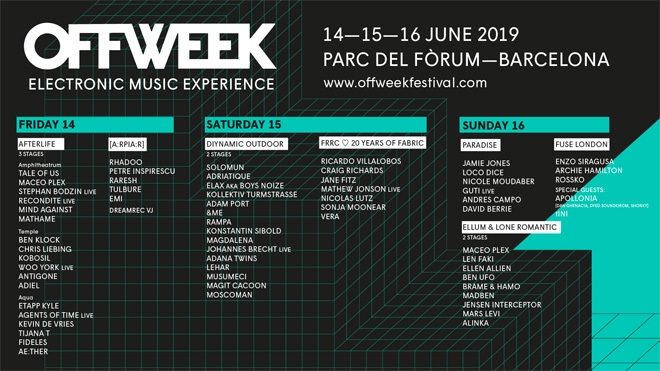 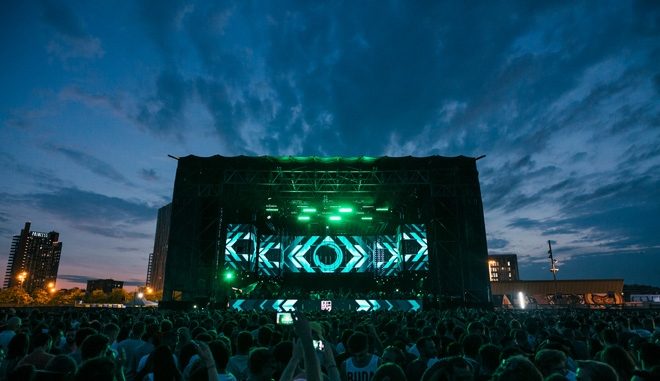 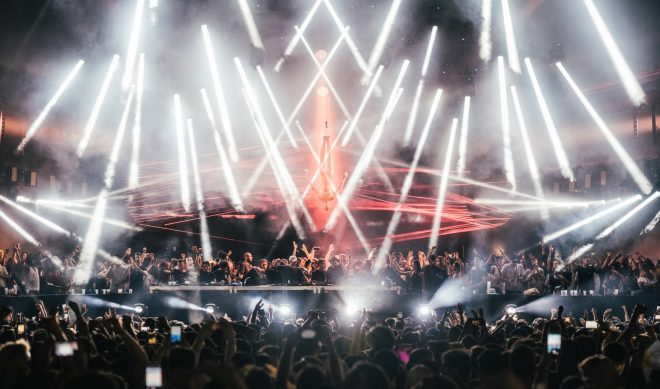