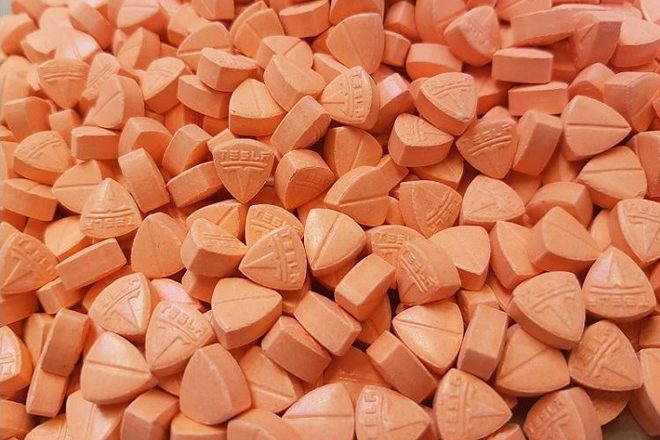 A batch of super-strength ecstasy pills circulating in North Yorkshire has led to a number of children being hospitalised.

Police have issued a “wake-up call” warning to schools in Leyburn, Catterick, Richmond and Bedale, following several health-related incidents at one school related to the Orange Tesla-pressed pills.

Details about the incidents have not been released by authorities. Letters warning of the dangers the pills pose have been sent to parents at Richmond School & Sixth Form College, St Francis Xavier School in Richmond, Wensleydale School and Sixth Form in Leyburn, Risedale Sports and Community College in Catterick Garrison, Bedale High School and Northallerton-based Hambleton and Richmondshire Pupil Referral Service.

The tablets are said to contain a potentially fatal dose of 240mg of MDMA, which is considerably higher than the average ecstasy pill.

Drug safety organisation The Loop previously issued a warning on a identically pressed batch in September 2016. 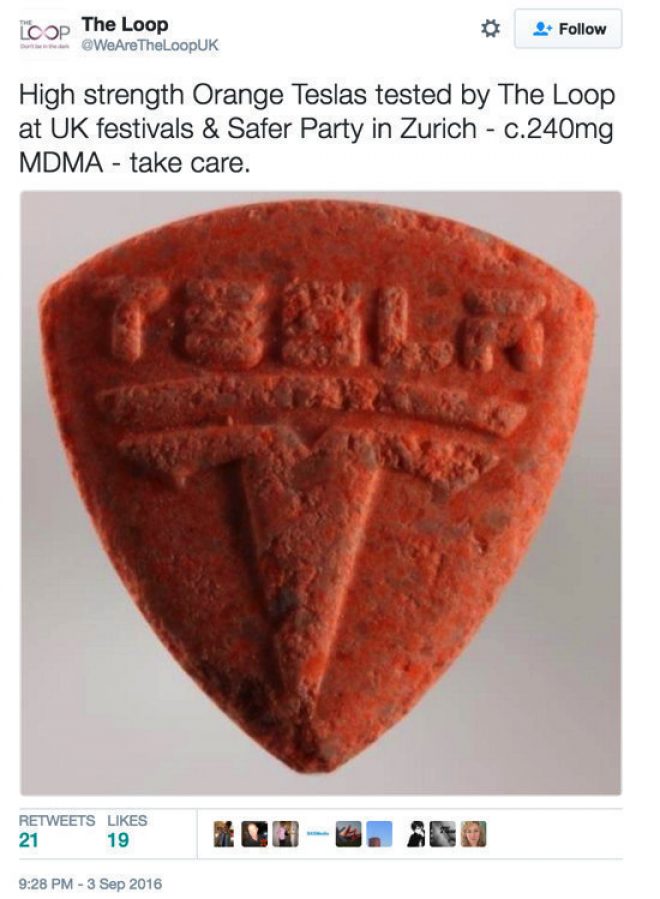 North Yorkshire County Council’s director of public health Dr Lincoln Sargeant said taking one of the pills could result in "very serious health complications and can even be fatal".

He added that while ecstasy use in the area is scarce: "Unfortunately, there have been some cases of use by young people in the local area that has resulted in them being hospitalised.

“Parents/carers are asked to be alert to this issue, particularly any mention of Orange Tesla tablets as these are being used in the area currently.”

The letter sent to parents also warned that any students found supplying the narcotics would face “robust action”.

Furthermore, the letter said: “If you suspect a child or young person has become ill as a result of consuming ecstasy you should seek immediate medical attention.

“Where schools receive intelligence about drug use and those involved, we will pass that information to the police.

“Our schools all deliver a programme of drugs education in a variety of ways and will continue to do so.”

North Yorkshire Police also released a statement alongside the county council saying: “We prioritise the safeguarding of children wherever they are.

“Whenever concerns are raised, we ensure that the county council’s children’s services work closely with schools, the police and the health service to provide appropriate education, advice and support to all children and young people.”

Drug safety groups have noted that the pills are popular at festivals and clubs, and that they glow under a blacklight.

[Via: The Northern Echo]