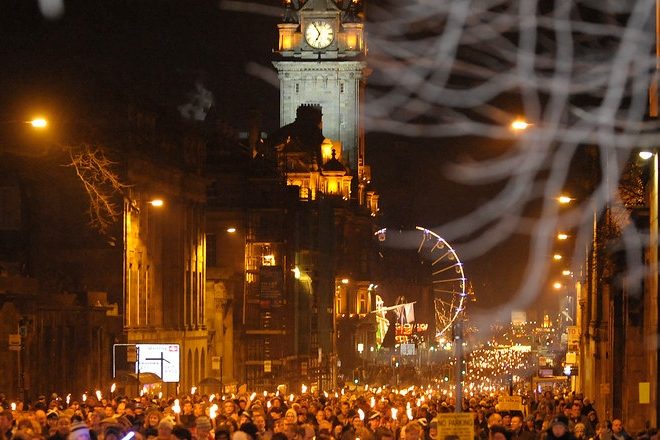 Thousands of Scottish and Welsh revellers are expected to make the pilgrimage to England today for New Year’s Eve celebrations, according to industry experts.

New restrictions will only be in place for three weeks as it stands. Scottish hospitality bosses criticised the decision to close down nightlife just days before Hogmanay celebrations while the industry is still “on its knees”.

“There is really going to very little to celebrate here in Scotland,” UKHospitality Scotland’s executive director Leon Thompson said in a statement, adding that these new restrictions are “absolutely hammering” nightlife businesses.

Read this next: England will be the only country in UK where nightclubs are open on New Year's Eve

“People will still celebrate,” he continued, claiming that there will likely be a spike in house parties in place of club nights and events, as well as an influx of Scots travelling to England.

Nicola Sturgeon has now urged Scottish punters not to cross the border for New Year’s Eve celebrations in order to “avoid the sheer volume of cases overwhelming us”.

Industry experts are expecting up to 100,000 people to travel into England in order to dodge the new curbs and celebrate the annual event. Since restrictions were put in place in England, Scotland and Northern Ireland, many have criticised the divisive ruling.

“If people can’t go to a New Year’s Eve party in Wales or Scotland, they’ll just tip over the borders into England, won’t they, thus potentially taking the virus and spreading it… and then taking it back home,” University of Brighton virologist Dr Sarah Pitt told LBC Radio.

“So it makes sense to have one set of measures across the whole country and I think it does make sense to have some measures to try and stop the spread of the virus at this point.”

Despite this, Boris Johnson’s ministers have encouraged people to make the pilgrimage to England for today’s celebrations. Work and Pensions Minister Chloe Smith said that “we are one country and people are more than free to move around inside our country under the general law”.

Johnson also added that the Omicron variant is “obviously milder than the Delta variant”, and that “everybody should enjoy New Year but in a cautious and sensible way”.

England is currently the only country in the UK where nightclubs are legally open on New Year’s Eve. From December 15, the UK government added a new rule on COVID passes used for nightclub entry following a vote in Parliament.