Thanks to a shared interest in contemporary culture and traditional craftsmanship, Fred Perry and designer Nicholas Daley have teamed up to create a collection that celebrates counterculture.

Both Fred Perry and Nicholas Daley celebrate the various British subcultures which have existed in Britain, and simultaneously explore their intertwined connection with music and fashion. This shared ethos is what unites both brands in the celebration of British subcultures.

The debut collection is based on the continuation of Daley’s SLYGO story, a homage to his family’s role in the emergence of reggae sound system culture in Britain. SLYGO takes its name from Nicholas’ father’s DJ alias and draws direct inspiration from his parents’ club night known as the Reggae Klub which ran from 1978-1982 in and around Scotland.

Presenting acts such as ASWAD, Heptones and Misty in Roots amongst many more, Reggae Klub was one of the first reggae nights in Scotland, becoming a haven for people from minority communities. A key part of Nicholas’ heritage, he shares his family history and uses his exploration as a backdrop for the collection to highlight the strong links between music and culture.

Wide collars on the polo shirts reference the styling from the 70s, with the zipped placket and chest pockets made with corduroy – another nod to that era, when corduroy was a popular British fabric. There is also a carbon blue bomber jacket made with the same timeless material. Further harmonising the past with the present, the striped shirt is 100% cotton, and crafted with a relaxed fit and large pockets at the waist. The knitted sports shirt is made with merino wool, in dark teal with cream bold tipping highlights throughout. The taped track jacket comes in bright navy, with bold orange and red accents and SYLGO embroidery.

Images below are from the look book where Mansur Brown wears the collaboration. The collection is available online and in select Fred Perry shops from 19th September 2019. 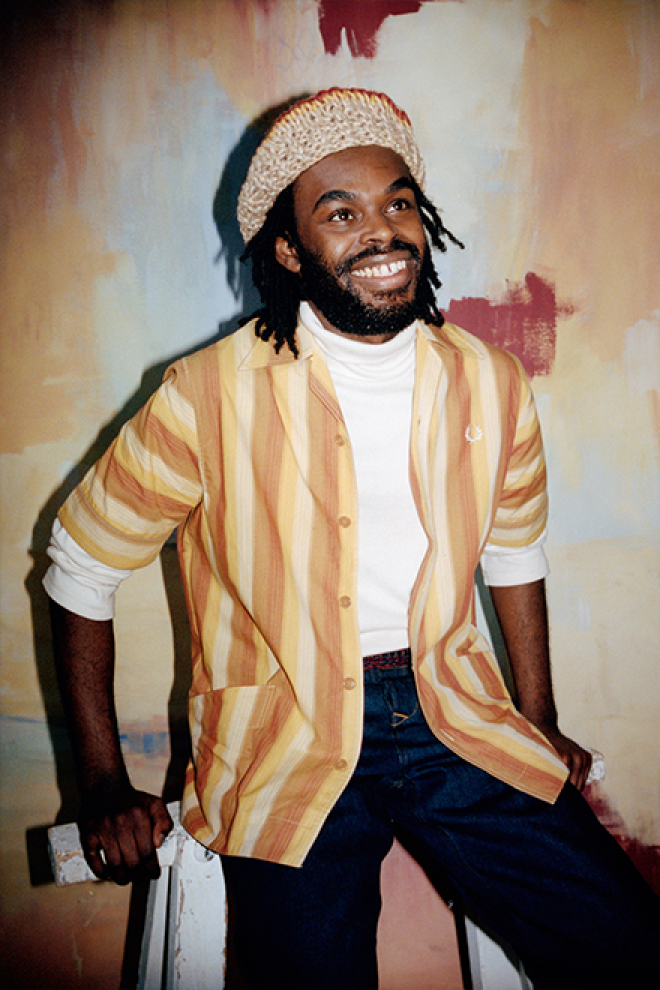 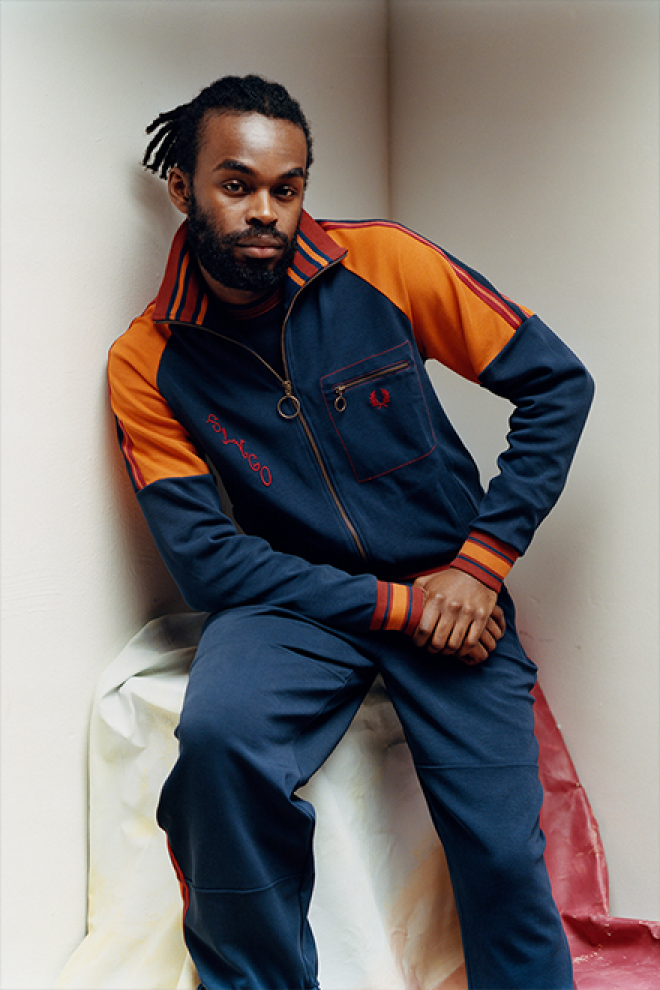 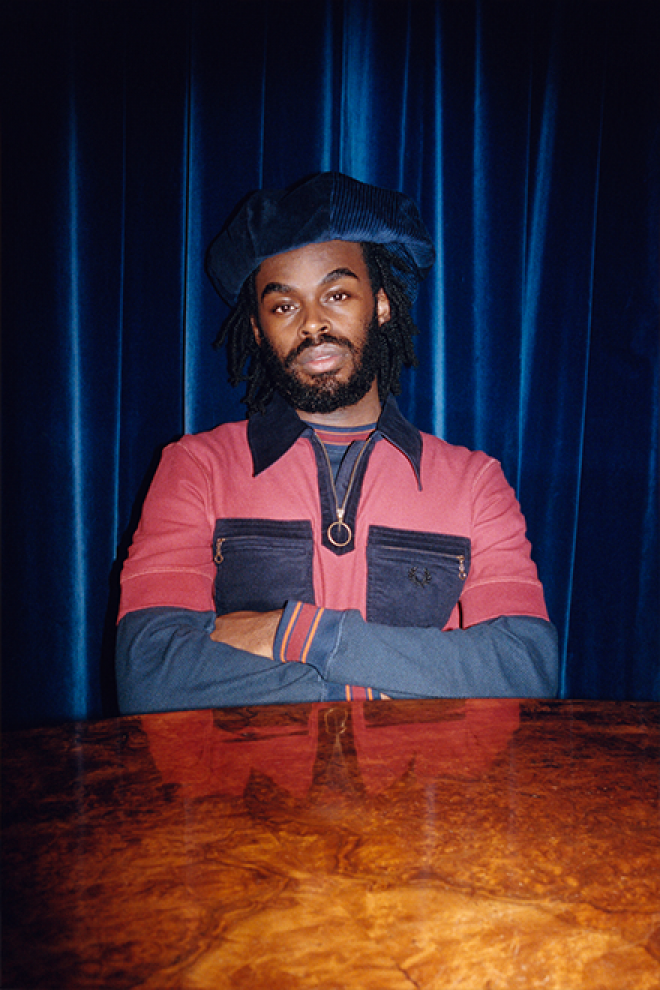 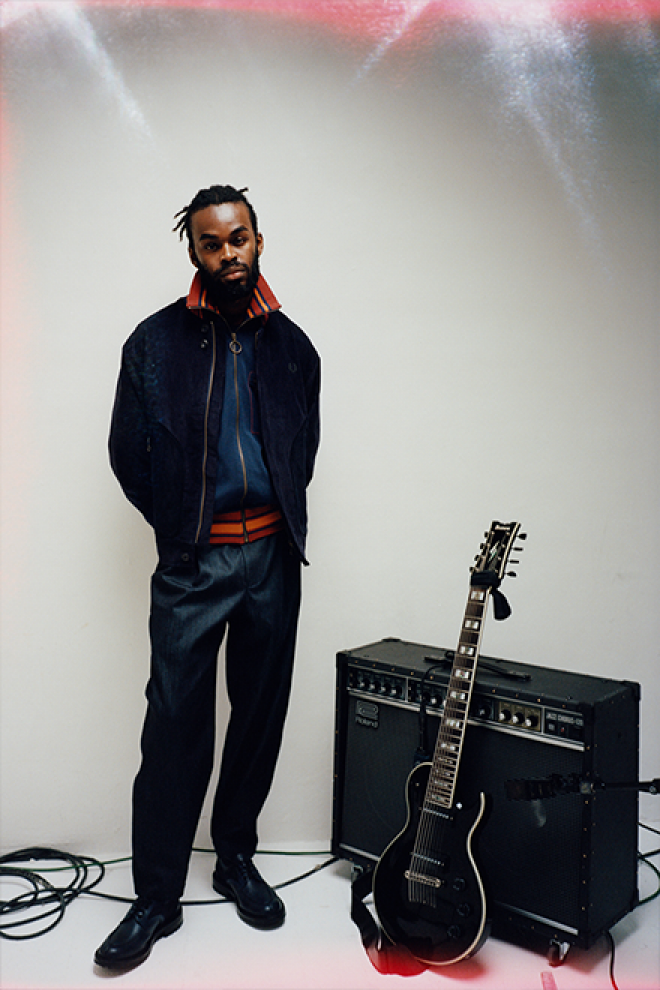 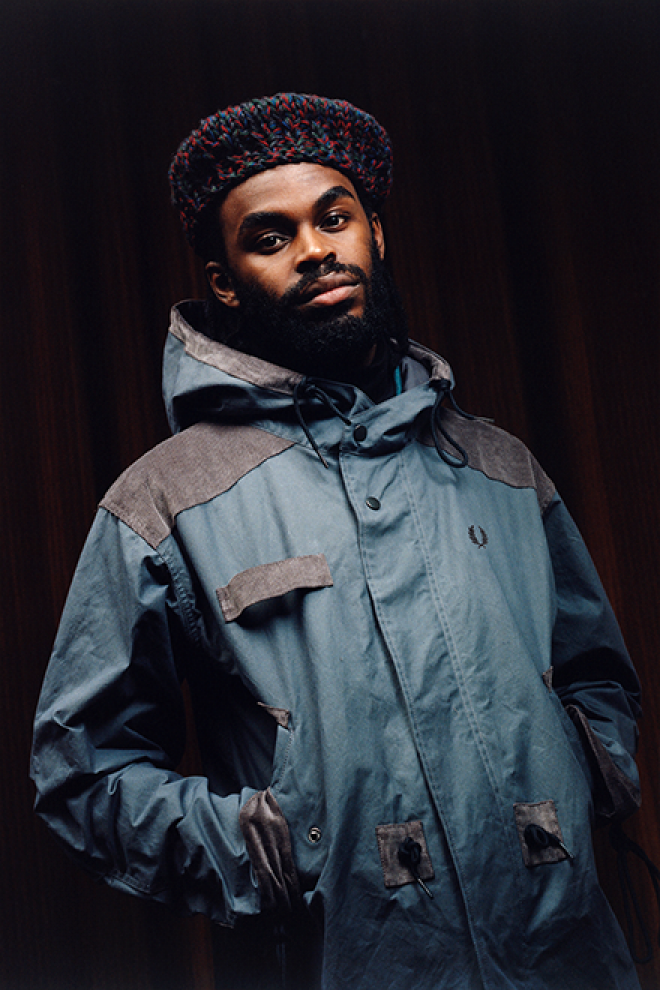 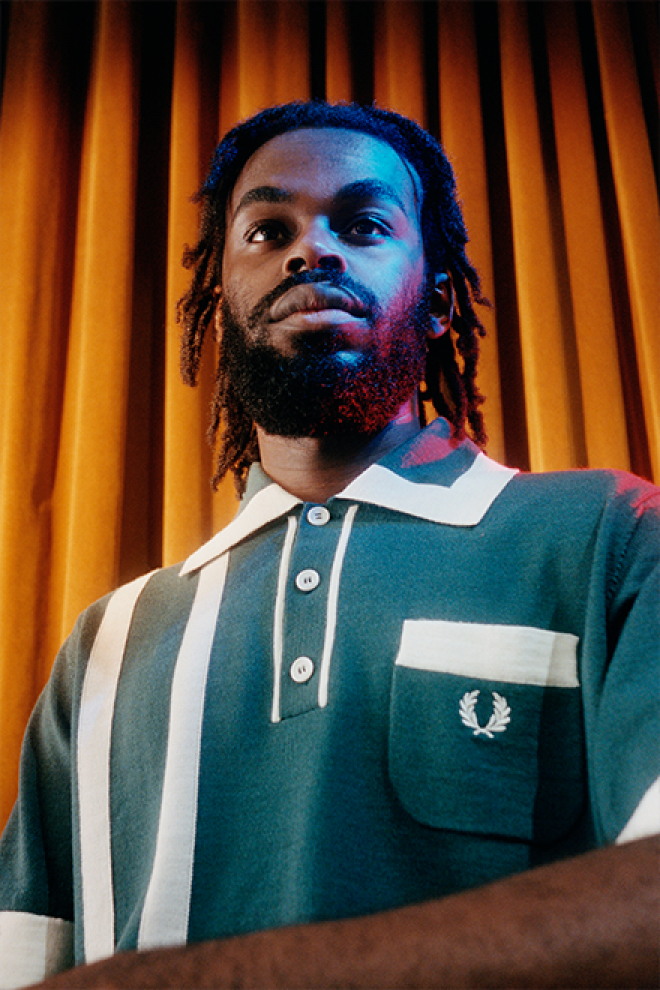