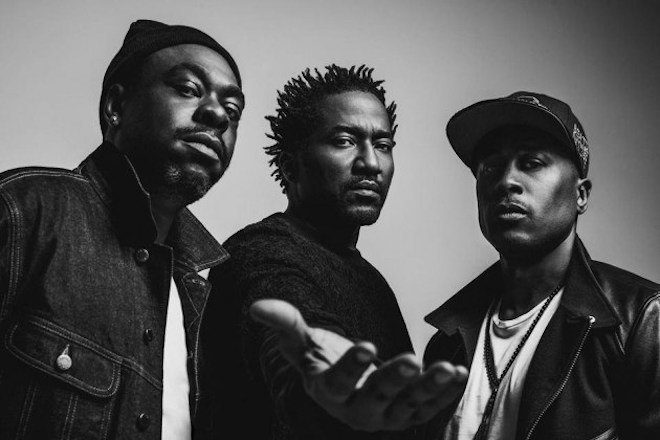 A Tribe Called Quest have denied a partnership between the group and Royalty Exchange, saying that they did not authorise the sale of a percentage of their royalties as an NFT.

A 1.5% share of the group's royalties from their first 5 studio albums was auctioned off by Royalty Exchange, with Billboard reporting that the influential hip hop group had partnered with the organisation for the sale.

Ali Shaheed Muhammad has responded to Billboard’s reports, calling them “Not Frigging True.”

Read this next: Seven dope A Tribe Called Quest samples

“On June 29, 2021 Billboard wrote an article that stated ‘Royalty Exchange has partnered with A Tribe Called Quest to auction off 1.5% share of the sound recording royalties from the hip-hop group’s first five studio albums.’ At the time Billboard knew those words were not true but worded the story in a way to gain clicks,” he wrote

He continued: “They have now changed the article. Other ‘journalistic’ publications took the original newsfeed and ran with the misleading headline. No member of A Tribe Called Quest has entered into any partnership with Royalty Exchange. PERIOD!”

Read this next: Beatport is the first digital music retailer to accept bitcoin

It was then revealed by Muhammed that the group that aided them in signing with Jive Records, PPX Enterprises, had included a clause in their contract granting PPX a percentage of the group's royalties. This was unknown to the group until they began recording ‘The Low End Theory’, which was released in 1991. The group signed onto Jive Records for a sixth album, with the label offering to help them fund litigation - but PPX Enterprises still owned a share of their royalties.

“Apparently PPX sold their share of a settlement they made with Jive Records to an individual whom entered into a partnership with Royalty Exchange. Be clear that is the NFT that was created and auctioned. Had we known this percentage of our art was out there we would have bought it directly from PPX Enterprises as it should have never been sold by Jive Records.” Muhammed wrote.

The NFT was won by Stephen F, who paid 40.191 ETH (£61,435) - who will now receive royalties every time music from the first five albums from a Tribe Called Quest is played on the radio, streamed, sold, sampled, or is used in TV or film.