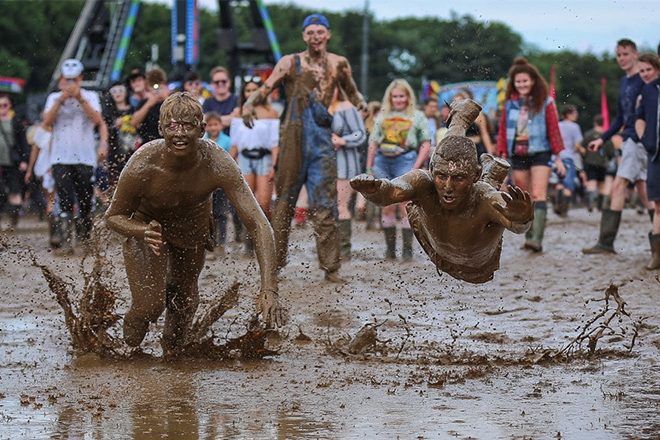 The UK festival scene is hands down one of the richest in the world, but it's also one of the filthiest.

A new study conducted by SpaSeekers has revealed the top ten filthiest festivals in the UK. The reasearch was conducted via a survey which sampled 500 festival-goers nationwide and asked them questions regarding their personal hygiene during these events. The topics revolved around how often they shower, change their underwear and brush their teeth while they are running wild in these hedonistic, happy-go-lucky locations.

The muck-covered trophy for the dirtiest festival in the UK goes to Download Festival, where 40 per cent of attendees said they do not shower over the full five-day weekend and only one-in-ten actually brush their teeth.

Creamfields takes the prize for dirtiest underwear, with 13 per cent confessing that they do not change their filthy undergarments once over the course of the festival.

Check out the ranking below (from dirtiest to cleanliest)

The study also revealed the average amount of sleep that an individual grabs on any given night at each of these festivals. Download Festival ranked best with four hours and eighteen minutes while Bestival ranked worst with an average of three hours and two minutes. Perhaps Bestival's ranking had something to do with the fact that a number of substances sold at the event this year kept people up for four days.

Overall, the average amount of z's a festival attendee will grab at any one of these events comes down to 3 hours and 33 minutes.

Check out the study by going here.