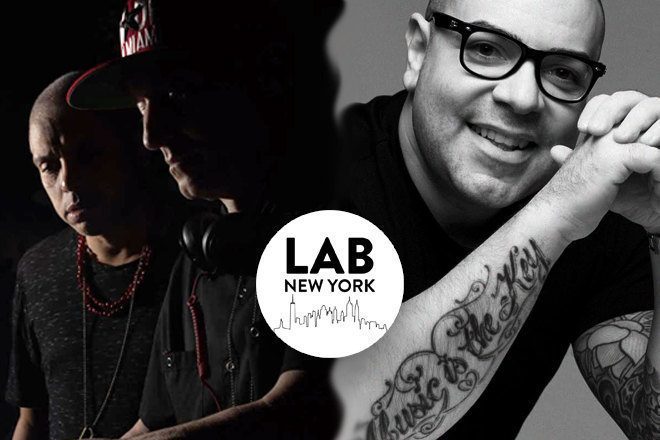 The Lab NYC is Mixmag and Smirnoff Sound Collective's weekly afterwork party where we stream the best American and international DJs from the intimate space connected to our Brooklyn office. On Thursday May 4, Mixmag welcomes legendary house label Nervous Records for a special showcase with Hector Romero, Benny Soto and founder Mike Nervous.

Nervous Records stands as one of North America's longest standing labels. Founded in 1991, the New York City based imprint had a deep focus on fresh East Coast house music, bringing powerful disco and soul to the club scene. The brand has been the outlet for seminal artists like Armand Van Helden, Todd Terry, Josh Wink and Masters at Work, helping build the foundation for the city's underground culture throughout the 90s.


The NYC raised Hector Romero was introduced to DJing at the age of 13, building his sound profile with a strong combination of house, hip hop and Latin elements throughout his younger years before becoming an A&R heavyweight for Def Mix Music and Saw Recordings. His milestones chart signing some of Satoshi Tomiie's biggest dance records and continued collaborations with David Morales including his new 'Weaving Genres' compilation which released last month on Nervous.

Also on the decks this Thursday will be Benny Soto and Mike Nervous.

Soto is famously known as one of the city's biggest nightlife figures, partnering with "The King Of New York" Rob Fernandez for most of his career and working closely with Danny Tenaglia as the DJ's main promoter.

Mike Nervous, also know known as Mike Weiss, is the founder and president of the Nervous imprint, trademarked as a master in music and party curation and playing a huge role in the rise of New York City club culture.

The Lab NYC on Thursday May 4 with Nervous Records will be presented in conjunction with Mixmag’s Label Of The Decade Poll. Vote here.


The Lab NYC is strongly powered by Void Acoustics. Subscribe to Mixmag TV or watch the Nervous Records showcase with Hector Romero, Benny Soto and Mike Nervous live on Thursday May 4 on our official Facebook Page at 7:00PM EST.