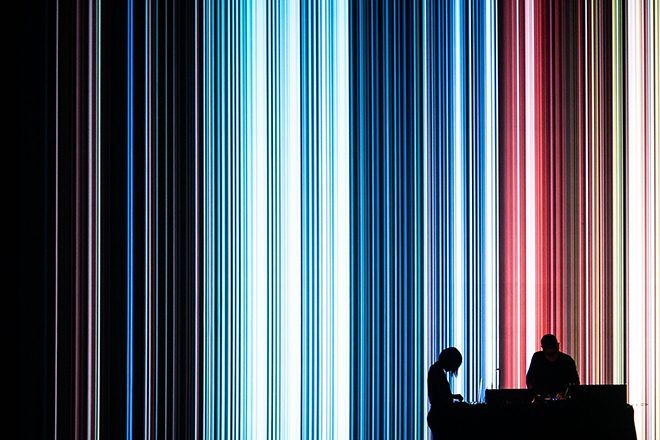 Montreal festival MUTEK returns with over 100 artists for 2020.

Running from September 8 to 13, the 21st edition of MUTEK is split into two parts - the music festival and the MUTEK Forum.

There are 104 artists and 59 performances locked in for the festival, with those featuring local acts taking place in-venue at Place des Arts’ Cinquième Salle and Society for Arts and Technology (SAT). These and the international performances will be available to watch on MUTEK's dedicated virtual platform. The in-venue performances are also open to audiences, with social distancing measures in place.

The Play series - highlighting the exploratory, visceral and playful character of contemporary artists in digital art, audiovisual creation, and electronic - runs from September 8 to 11 at Place des Arts’ Cinquième Salle, with the likes of Alexis Langevin-Tétrault, Anne-F Jacques and GGROUNDD involved.

Read this next: How to make the most of a summer weekend in Montreal

The Nocturne series takes place from September 11 to 13 in the immersive 360-degree Satosphère space.

The international programming - falling under the banner MUTEK_CONNECT - was curated by MUTEK's branches in Buenos Aires, Tokyo, Mexico City, San Francisco and more. Partners for this element of the festival are Transart festival in Italy, cultural venue Chapelle XIV in France, as well as artistic centre B39 and its associated festival, PRECTXE, in South Korea.

Read this next: The best clubs in Canada according to Sydney Blu

On top of the music, there will be an interactive gallery featuring VR, 360-degree and sound works, a screening room presenting content from MUTEK Forum and a listening room which is dedicated to audio from the last 20 years of the festival.

Over 30 presentations, panels and case studies will take place as part of MUTEK Forum, covering topics such as artificial intelligence, extended reality (XR), and the impacts of technology on society.