Beginning her career in Toronto, Canada, Sydney Blu has become a burgeoning success. She has toured all over the globe and skipped around to residencies at Toronto’s Guvernment nightclub and Mansion Miami before landing at her new home in Berlin. Last year, she played the main stage at Electric Island Festival alongside Green Velvet, The Martinez Brothers, ANNA, Nicole Moudaber and others.

Read this next: 10 venues that self-respecting audiophiles should visit asap

Every year since 2010, she has held her successful Blu Party at Miami Music Week. Outside of her DJ gigs, she has managed to release a fair amount of music on various labels such as Kerri Chandler’s Mad Tech Records, Kevin Saunderson’s KMS records, Hot Since 82’s Knee Deep in Sound and Desert Hearts. Deservingly, her track, ‘Give It Up For Me’ released on Mau5trap Recordings made her the first female electronic producer to have a Top 10 hit on Beatport.

Read this next: A weekend guide to nightlife venues in Washington DC and Hong Kong

Circling back around to her Canadian roots, she has provided us with her list of the best clubs in Canada. 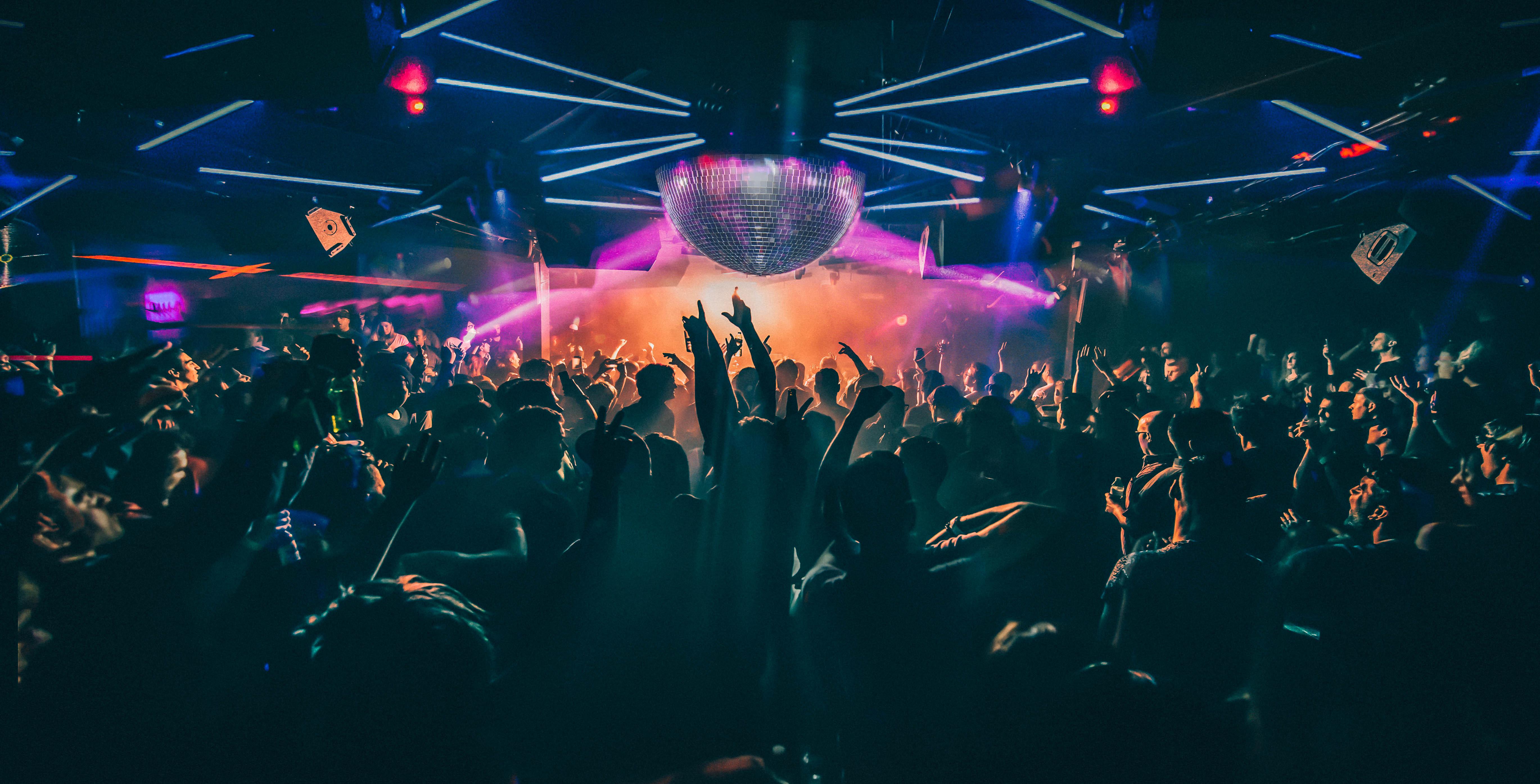 CODA opened in 2014 and has quickly grown to be a top contender for one of the best venues in Canada. Sitting on the corner of Bloor and Bathurst, the venue hosts some of the best underground electronic talent in the world. Bookings range from the deep sounds of Lee Burridge, to the dark sounds of Nicole Moudaber.

Then you’ve got the big tech house legends like Green Velvet, Fisher, wAff and Andrea Oliva selling out the place every time they play there. I have played CODA many times since it opened and it's been one of my homes for The Blu Party. The venue is powered with PK Sound and is often at capacity every Friday and Saturday night in Toronto, filled with tastemakers of all different kinds of underground electronic music. The club is owned by Joel Smye and Stephan Phillion, the former owners of Footwork Nightclub, another legendary Toronto club that preceded CODA. They’re also partners with the massive Electronic Island festival, which happens each summer season in Toronto. 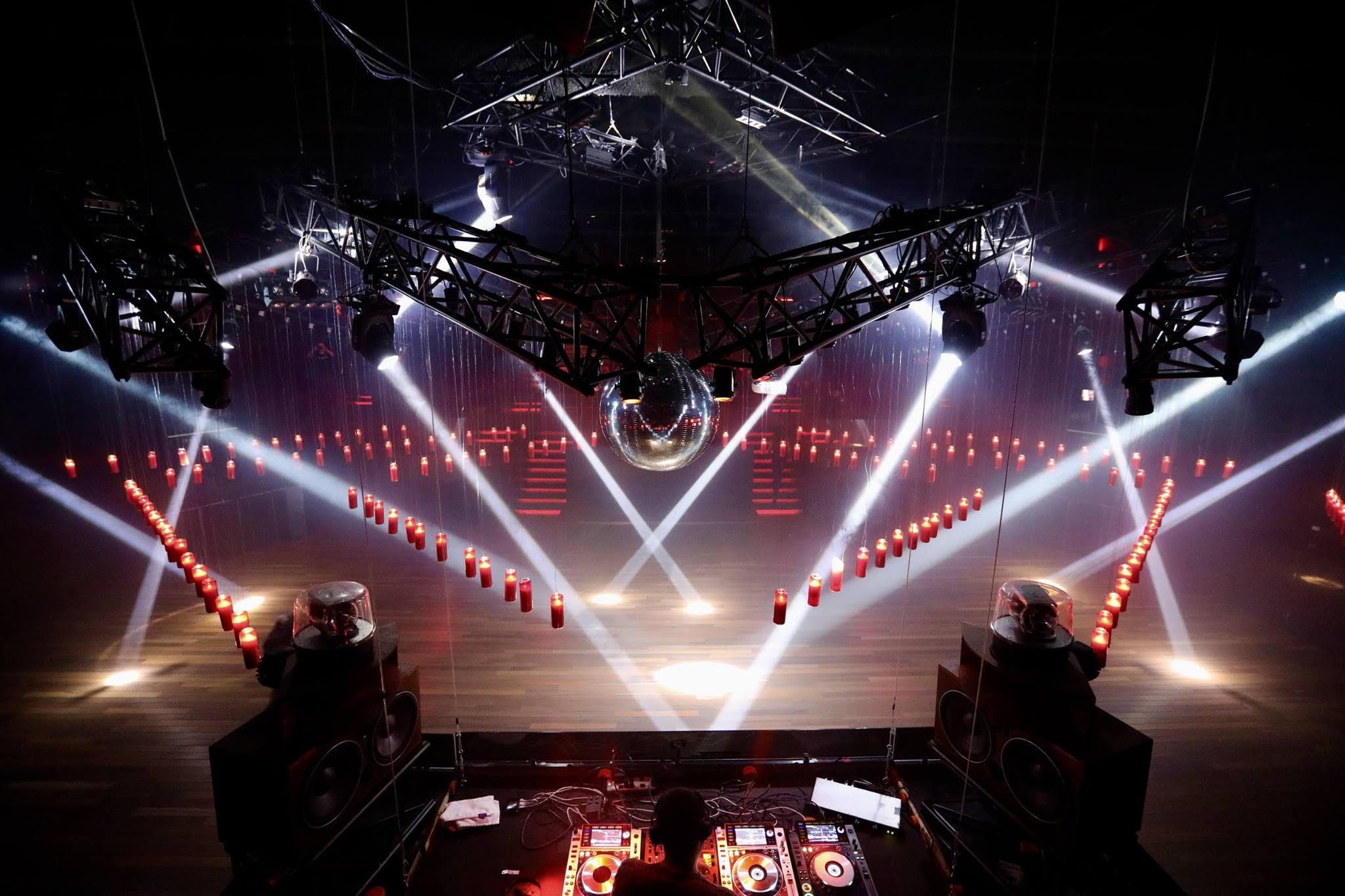 Often called ‘Home’ by its dedicated clientele, Stereo has been open 20 years. This club is not only one of the best venues in Canada, it’s also arguably the best in North America. I remember when I first went to Stereo in 1999 to see Danny Tenaglia, he played a marathon set until the next day, something not uncommon at Stereo. It was the first time I’d ever seen a marathon as I was living in Ottawa at the time and would often drive up for a big night of dancing there. Stereo’s sound system is like no other and was originally installed by NYC’s Angel Moraes. The sound is so clear you can stand right in front of the speaker and have a full conversation with someone and still understand every word the person is saying. The after-hours opens at 2:00AM and on any given big night at Stereo, you can see artists like Hernan Cattaneo, Guy J, Nicole Moudabar, Chus & Ceballos, Carlo Lio or Nathan Barato play all night long.

Read this next: John Digweed's miniature guide to Montreal

Montreal residents Ostrich, Simply City and Jesse Zotti are among the few locals that hold residencies and will take you on a long journey when you hear them play the room. Honorable mention to their venue ‘Stereobar’ which many international DJs also play during drinking hours since the main room of Stereo does not serve alcohol. 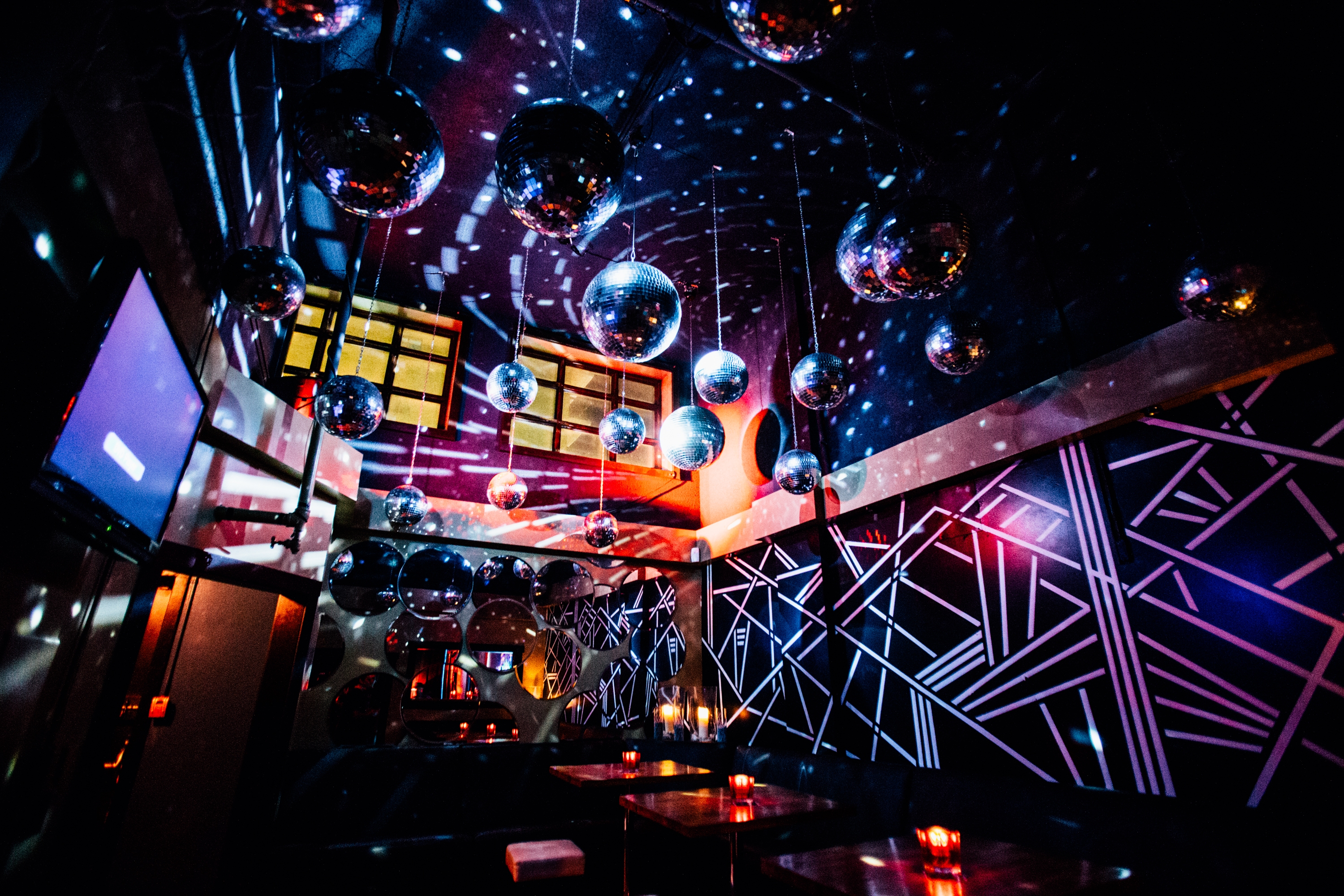 Habitat celebrated their ten year anniversary last in January 2019. The venue is a boutique electronic music micro-club based in Calgary Alberta, Canada. I have played there many times since its inception and have had incredibly fun shows there! Despite its small stature, it has big vibes and is home to many of Calgary's best up-and-coming, as well as seasoned DJ veterans and international guests. Specializing in house and techno in its many iterations, you will also find live electronic performances and genres that stray off-the-beaten path. Habitat is DJ owned AND operated - and as such, has a deeply curated and authentic atmosphere. Habitat has hosted international acts such as Chus & Ceballos, Danny Howells, Doc Martin, Josh Butler, Mark Farina to name a few. 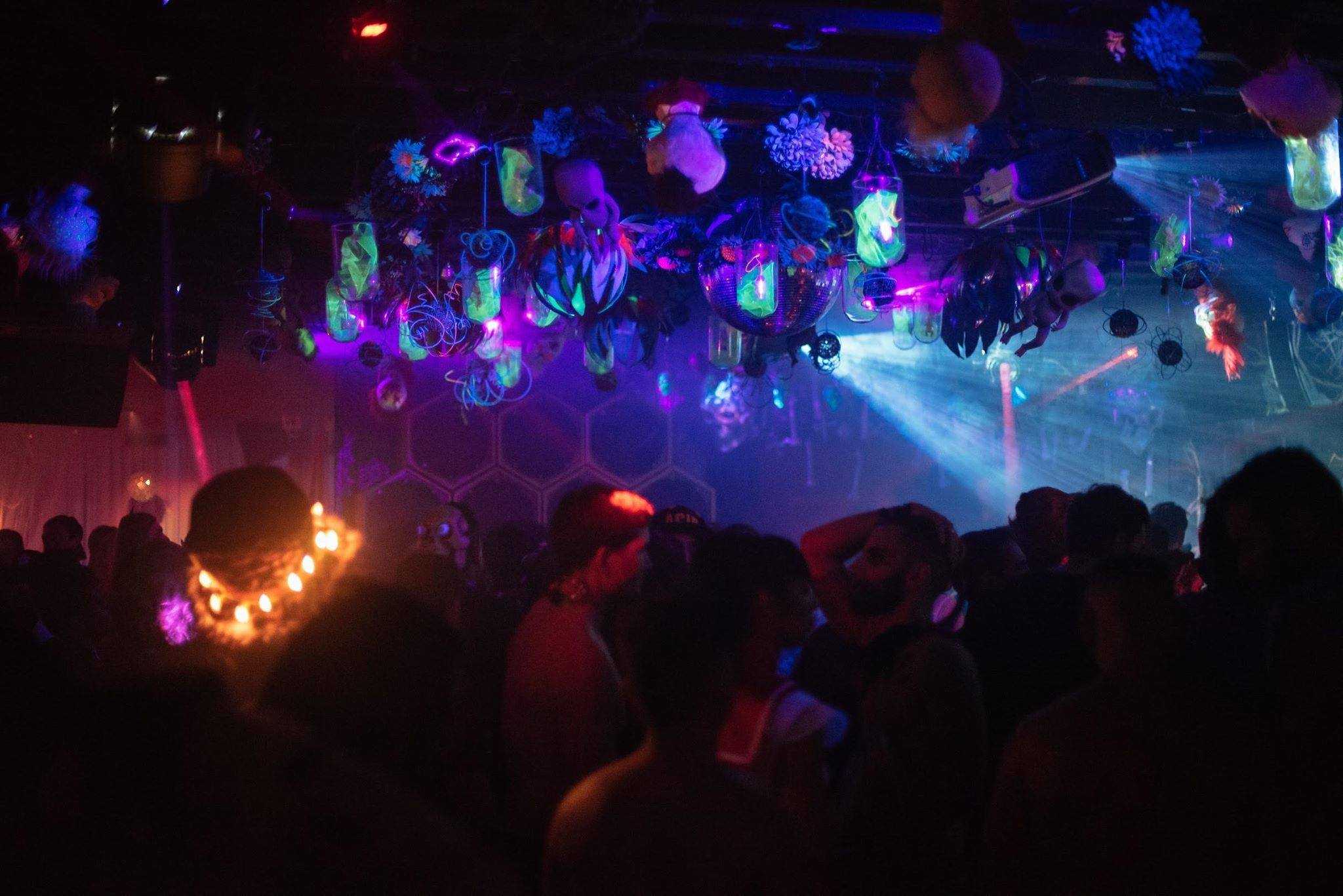 Gorg-o-mish has been open since 2003 and celebrated their 17th anniversary this year. I remember when it first opened it was one of its kind, covered head-to-toe with beautiful art. The speakers were built inside honeycombs and there was a shower at the back of the dancefloor. Since 2018, Gorg-o-mish holds the record for Vancouver’s longest running after-hours. The shower is still there, but is now the setting for performance artist MeMe GoGo’s dance shows, a highlight of the Gorg-o-mish experience. The club is still known as the best place to go after hours to groove to underground dance music in Vancouver, having a focus on local talent with international artists sprinkled in. International artists such as Carlo Lio, Boris, Gene Farris, Kenny Glasgow and myself have played there in the past. On any given Friday or Saturday night you can still hear artists such as Noah Pred, Karston Sollars, Kevin Shui, and Jay Tripwire taking you on a journey into the wee hours of the night.

Read this next: We want freedom: After-hours parties are the beating heart of New York nightlife 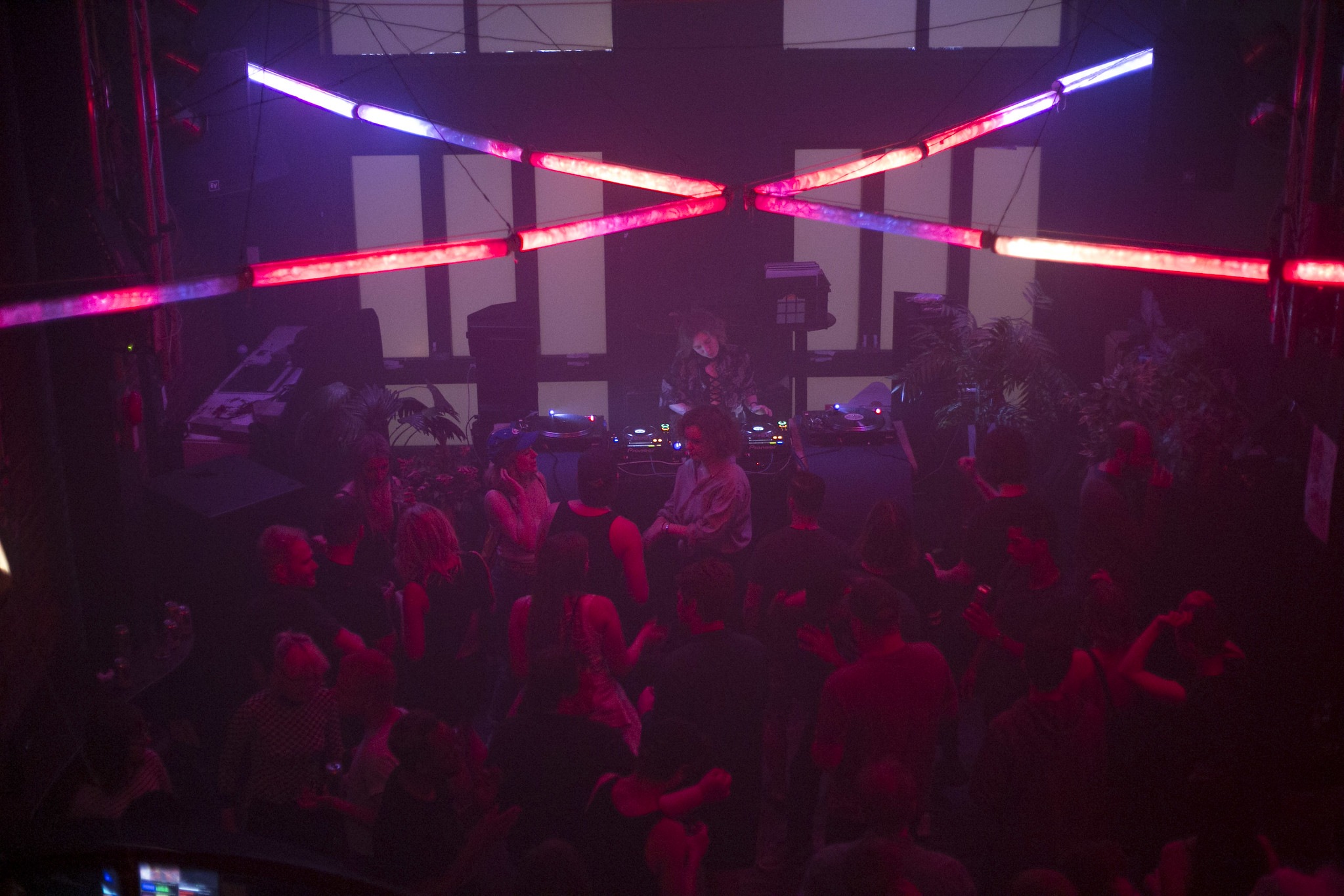 Mercury Lounge opened in 1996 and was the first place I ever heard house and afro-house. Basically I became a true ‘house music lover’ in Ottawa. I went to college there and I will never forget the first time I stepped into Mercury Lounge in 1998. The place was magical and it was one of the venues that changed my life. The venue is 2 floors high with a balcony bar looking over the dance floor. It is located in the Byward Market and still runs strong with some of the best house music in the city with bookings ranging from local talent to international guests. I played their 20th Anniversary in 2015 and I often return to play for my long time friend Joe Juarez, Ottawa’s staple house music resident. Mercury Lounge is sexy, intimate, authentic and an essential stop if you're visiting the city and want to hear some damn-fine music.

Read this next: DJs recommend under-the-radar clubs you need to visit 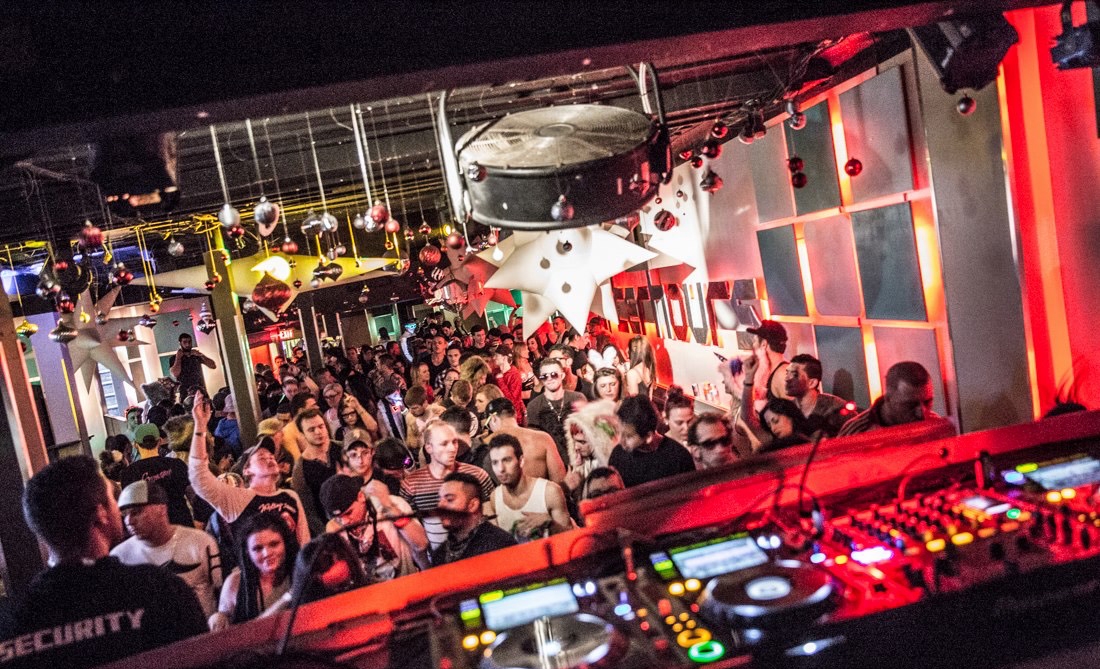 Whatever you do, don't count Edmonton out! Y Afterhours has been open since the early 2000's and has been the premiere nightlife spot for the city's clubbers for many years. Y Afterhours is three rooms of dancing and if you're a local, you know just how legendary the main room is. Artists such as myself, Deadmau5, Flipside, Deko-ze and Hatiras have all frequented the Y.

Read this next: Deadmau5 opens up about the time he almost boarded an ill-fated flight

Not limited to house music, the Y showcases many genre’s of underground electronic music and continues to push its residents as its main features. Owner Tony Donahue is a great hospitable club owner that takes care of all of his guests. I remember one of the times I played there he took me furniture shopping and I bought a lamp that I carried back to LA with me. I still have the lamp in my house and always think of Tony when I look at it.