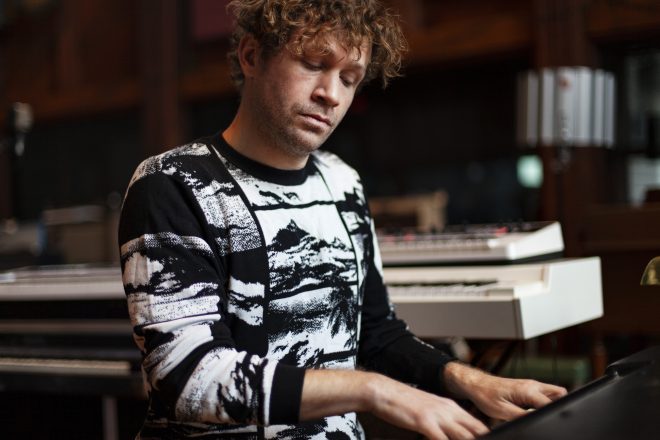 A master of cooking up hearty servings of feel-good dance music, the Brooklyn-based, Chicago-trained artist Moon Boots brings a whole new element of sound into his production with his mystical tune, 'Keramas' set for release via Anjunadeep as a double a-side with ‘Harpanet’.

Drawing inspiration from his world travels, the track shows us how Moon Boots takes musical cues from the various environments he finds himself in.

"The basis for 'Keramas' was a field recording I made when I had a couple days off in Bali during an Asian tour last summer“ Moon Boots tells Mixmag. “I was staying at a hotel on Keramas beach and heard these beautiful voices coming from off in the distance. Different women were taking turns on the mic singing beautiful melodies and a male preacher would also jump in with these strange hypnotic fragments. This was all blasting on a beat up loudspeaker so I was able to record it from outside the temple. The things that sound like sitars are just the singer’s voice sampled in short bits, and the bells are like my rough homage to gamelan.

"People think of Bali as this incredible place to take a vacation, do some yoga, get in touch with nature, and all of that, but it also has this incredible musical culture that sometimes gets overlooked. When I recorded it I wasn’t planning on turning it into a track, I just wanted to have an interesting recording from the trip, something I could listen to and plant me back to that place and time.”

Moon Boots joined Mixmag, AKG and a team of exceptional producers for a wholly unique electronic music retreat in forests of Woodstock, New York. With an emphasis on seclusion and artistic solidarity, Pete hit the studio to explore new sounds and reflect on how electronic music has altered his creative output forever. Check out Moon Boots' Headspace mix here.

Listen to ‘Keramas’ below and look for the new material to be released April 23.