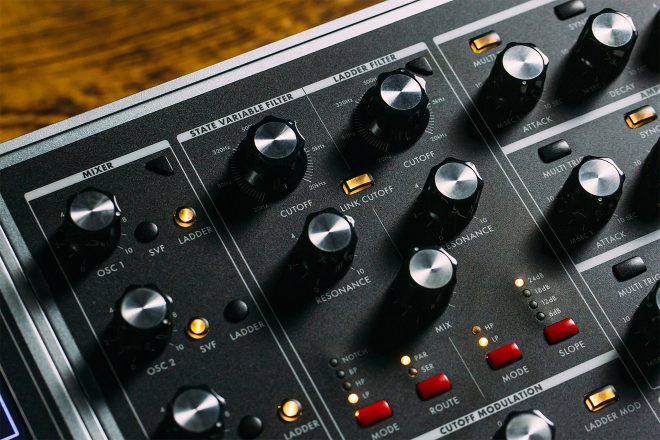 Moog is facing both a discrimination lawsuit and a lawsuit over an alleged contract breach related to the cancellation of their 2020 festival.

UG Strategies filed the suit on August 11, accusing Moog of wrongfully terminating a licensing agreement that allowed the firm to manage the 2018 edition of Moogfest. The festival took place in May of that year, and the contract was terminated on August 31, 2018 - even though it was supposed to see UG strategies manage the festival until 2020.

Moog allegedly agreed to pay a fee to UG Strategies for their services in 2018, but only a small portion of this was paid, with the firm seeking $25,000 in damages as well as attorneys’ fees.

Read this next: Electronic Music Inclusion initiative launched to tackle harassment and discrimination in music

“It is a baseless lawsuit filed on the eve of the statute of limitations by a company who terminated the contract.”

A gender discrimination suit is also being launched against Moog, with claimant Hannah Green seeking more than $1m in damages and legal fees, according to her lawyer - who spoke to the Asheville Blade.

Green alleges that she faced harassment from her male colleagues as the only female colleague on the sales team, with one physically intimidating her on a number of occasions. She claims that she was fired in April last year as a result of her complaints about her treatment.

Read this next: Musicians feel they cannot disclose their non-visible disabilities, according to recent study

Green also claims that Moog did not consider her for a promotion that eventually was given to her male colleague, which her lawyer notes was given without Moog “posting the open position and without an application process, in contravention of written company policy.” The company also denied Green two months of severance pay, according to her claims.

Green spoke about the harassment she faced while working with Moog to the Asheville Blade, saying:

“One of my last weeks there the guy that assaulted me and carried a knife, made a joke about killing a woman in a sales team meeting,”