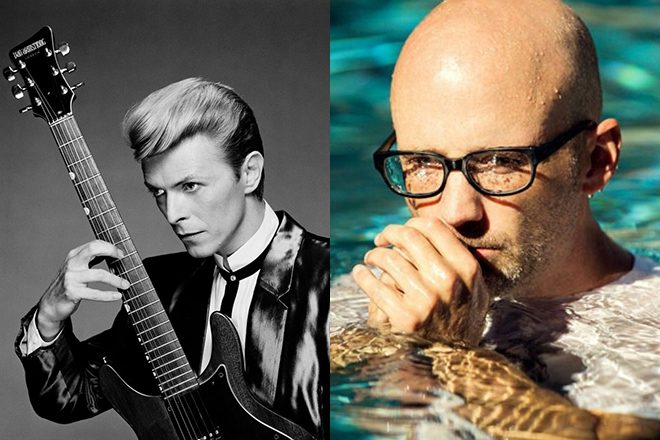 An exclusive clip from the forthcoming documentary about Moby, titled Moby Doc, has been released via NME.

The documentary which is set to released on May 28. Narrated by and starring Moby, the biographical film takes a surrealist look at Moby's chaotic life story.

Read this next: 10 most iconic Moby moments

The new two minute clip features David Bowie, giving into his relationship with Moby. The musicians became good friends in the early 2000s when Bowie moved across the road from the electronic artist, who at the time was struggling with personal issues. As their friendship blossomed, the pair began playing shows and making music together.

“David Bowie was my favourite musician of all time,” Moby says in the clip. “Maybe 2000 or 2001, he moved across the street from me and I couldn’t believe it. I became friends with David Bowie. Some of the moments he and I had together, I almost feel like there was a quasi-older brother quality to his friendship with me.”

Read this next: Moby aided Congress' investigation into Donald Trump and Deutsche Bank

Interviews with Twin Peaks co-creator David Lynch also feature in the film. One of Moby's biggest ever track, 'Go', is built around a sample of 'Laura Palmer's Theme', the theme tune to the cult TV show.

Read this next: Watch the first clip from forthcoming David Bowie film Stardust

The film is due to be released on the same day as Moby’s new album, ‘Reprise’. The electronic producer has released a constant stream of music since him and Bowie first paired up on multiple projects, with his last release ‘Live Ambient Improvised Recordings’ being well received critically.

Watch the full trailer below.