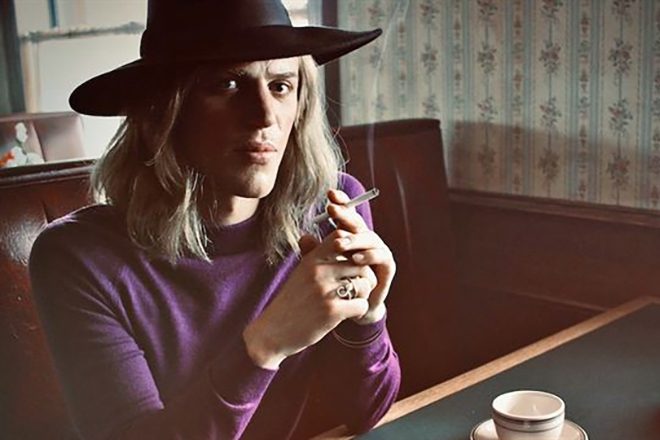 The first look at Stardust, an upcoming film about David Bowie, is available to watch now.

The film is set in 1971 around the time Bowie first visited the USA and was inspired to invent his Ziggy Stardust alter ego, telling the story of that specific section of the artist’s life rather than a full biopic.

It stars Johnny Flynn as the lead, Marc Maron plays his publicist Ron Oberman, and it is written and directed by Gabriel Range.

Range said: “I set out to make a film about what makes someone become an artist; what actually drives them to make their art.

“That someone is David Bowie … Someone I only ever saw at a great distance, behind a mask; a godlike, alien presence. Even in his perfectly choreographed death, he didn’t seem like a regular human being.”

David Bowie’s son Duncan Jones indicated the film has not been approved by the artist’s family and won’t feature any of his music, writing on Twitter last year: “as it stands, this movie won't have any of dads music in it, & I can't imagine that changing. If you want to see a biopic without his music or the families blessing, thats up to the audience.

The film was due to debut this week at the Tribeca Film Festival, which has been postponed due to coronavirus. A clip has now been released which you can watch below.