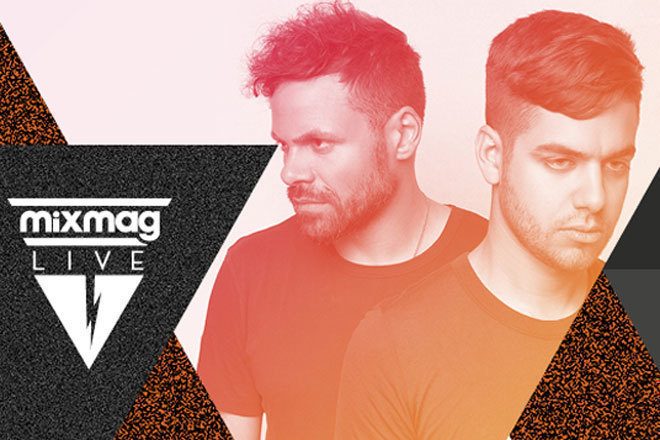 TALE OF US
SUPPORT TBA

The final Mixmag Live of the year is headlined by a red-hot duo who have dominated 2015 – Tale Of Us.

Carmine Conte and Mattero Milleri were the talk of Ibiza this summer thanks to their Life And Death parties at DC10. Not only treating sun-kissed clubbers to their eyes-to-the-sky house and techno selection, a whole host of esteemed guests like Rødhåd, Mano Le Tough, Joy Orbison and Scuba came along for the ride.

Circoloco at DC10, ENTER. at Space and the Amnesia closing party were other standouts of their White Isle calendar, while the rest of the year saw them making stops in South Africa, Japan, the United States, Mexico and all throughout Europe, including gigs at Berghain, Time Warp and Dekmantel.

They were born in Toronto (Conte) and New York (Milleri) before making the move to Italy at an early age. They sewed the seeds of the project in Milan and from there they released their debut EP, the swooning 'Dark Song' on Visionquest (the first of two on the label), followed by two EPs for Life And Death and a 12" for Richie Hawtin's Minus.

To cap off a blinding year, their signing to R&S Records was recently announced, giving us two tracks in the shape of the sizzling 'Silent Space' and 'North Star'.

Come to The Black Box at Rainbow Venues on November 28 and celebrate the most exciting duo in dance music.