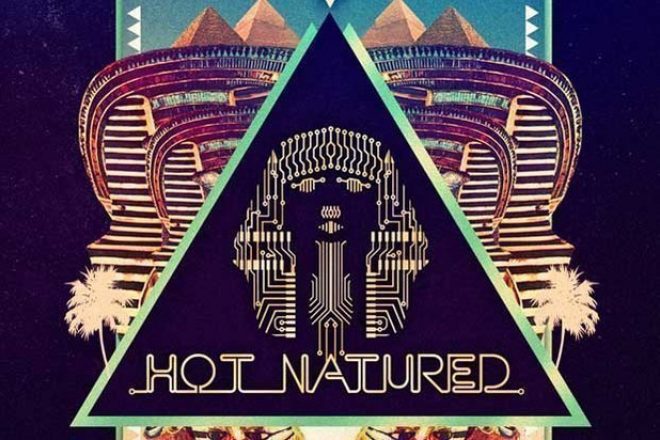 The final Mixmag Live show of 2013 will be the biggest and most special yet as Mixmag present January cover stars Hot Natured at London's legendary Roundhouse on Thursday December 12.

The quartet, who comprise acclaimed DJs and producers Jamie Jones, Lee Foss, Ali Love and Luca C, have established themselves as one of the most exciting live acts in electronic music, headlining festivals across the UK and Europe this year (including Eastern Electrics and the Glastonbury Festival dance arena) and recently picking up the Best Electronic Live award at the 2013 DJ Awards in Ibiza.

2013 also saw Hot Natured release their highly anticipated debut album, 'Different Sides Of The Sun'. Released in September, the album was described by Mixmag as "the culmination of a decade that's seen Jones & Co take their signature sound from basements to main rooms round the world. It's a triumph" while Metro stated the album is an "exhilarating modern takes on house music".

Hot Natured will feature on the cover of the January issue of Mixmag, out December 12, and will also mix the iconic cover CD.

This Roundhouse show – set to be the group's only UK live appearance until next year's festivals - will be a celebration of a spectacular year for Hot Natured and a fitting finale to a year of Mixmag Live parties that have seen exclusive performances from Mixmag cover stars including Nina Kraviz, Sasha, Boys Noize, Fatboy Slim, Maya Jane Cole, Dirtybird Players, Groove Armada and more .

With support one of Hot Creations' fastest rising stars Richy Ahmed aswell German house and techno favourite Moomin the night is set to be a showcase of the finest electronic sounds from start to finish.