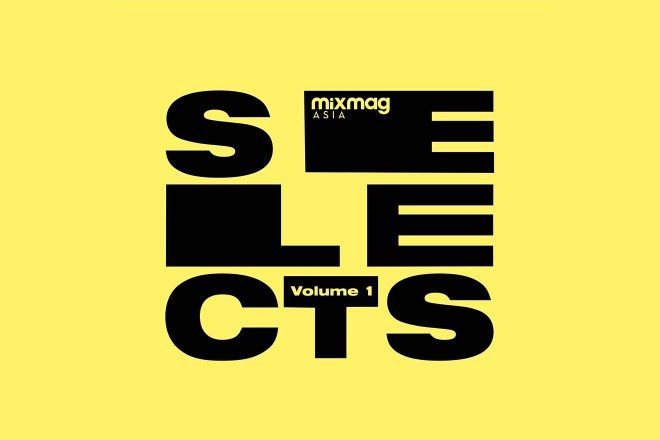 A new 10-track compilation from our friends at Mixmag Asia has been released.

‘Mixmag Asia Selects, Vol. 1’ amasses the sound of Asia through a selection of artists from across the continent.

In their debut compilation, Mixmag Asia teamed up with artists from Taiwan, Indonesia, Singapore, Japan, and beyond.

Set up as a way to support and bring attention to up-and-coming talent across the continent, the 50-minute compilation picks from a plethora of genres.

Leading the project is Q Narongwate’s ‘Let There Be House’, a sun-soaked house banger reminiscent of the white beaches of Phuket where Q Narongwate calls home.

Moving through the compilation, ‘Mixmag Asia Selects’ chooses a track from Pamcy’s ‘Sauce Aisle’ EP, another feel-good house track certain to be a dancefloor favourite.

Next up is Singapore’s Kaye delivering ‘One Desire’, a synth-bathed banger from the DJ, producer and saxophonist.

Munir’s ‘Seminyak Trance’ is the fourth track on the compilation, one of very few productions from the Indonesian selector. The vinyl collector infuses sounds from Indonesia with this strident, trippy house piece.

Hailing from Taiwan, DOLF teams up with RayRay on this synth-pumped, vocal-led track. ‘Born To Be Cool’ was released via Yellow Claw’s Barong Family label.

Heading back to Indonesia for Bleu Clair’s ‘HIT LIST’, this time picking from the newcomer’s impressive collection of tracks after working with the likes of Diplo and Joyryde.

Read this next: 'We The People' is a compilation album for COVID relief in India

The seventh track on ‘Mixmag Asia Selects’ is another collaborative work, this time between Singapore’s MYRNE with vocals from France’s Duumu. ‘All For Nothing’ is a pop-centred electronic mash-up.

Tokyo native Que Sakamoto brings one of the final tracks to the MMA compilation with ‘Mouikkai’. The disco-inspired track fuses with breaks, synths and 303’s with a darker electronic sound than the project begins.

India’s Todh Teri and United Machines team up on ‘Samapdan 29’ for a penultimate acid house banger bringing Bollywood to the doorstep of MMA.

The final track comes from the Mixmag Asia compilation’s third Indonesia feature, Ecilo. The DJ and producer recently dropped an album via Jeff Mill’s Axis Recordings, now pushing the darker techno sound through Jakarta and beyond.

Listen to the compilation album in full below, and check out Mixmag Asia’s run-down on the new project.