Pamcy grew up listening to pop music. Britney Spears and Hillary Duff punctuated much her childhood experiences, before being introduced to dance music by her mother, who’d play Abba and Nena from a dance hits CD. Her father would play Craig David, Usher and Ne-Yo in the car. She found herself immersed in a diverse musical space at an early age. Music from the Philippines had just as much of an impact as her more Western influences, with Sandwich, Pedicab, UDD and a host of other Filipino bands forming much of her early listening experience.

This immersion informed her later enrolment into a music production course in Cosmic Sonic Arts in 2016, founded by Jorge Wienke. Mentored by Justin De Guzman, Pamcy managed to find her own unique style of bright, bouncy house music that has captured audiences both in her home of the Philippines and abroad.

Her first release came just two years later, with ‘Piso Isa’ which explored childhood experiences through the use of xylophones and field recordings. She’s not afraid to build a world with her releases, or to tackle a particular theme within her music.

Her latest EP,‘Sauce Aisle’, comes after a short stint in Singapore, where she drew a lot of the inspiration for the project from the food that she ate. Lockdown in Manila allowed Pamcy to regain her touch, and the EP is evidence of that, littered with vocal samples and rattling snare drums. The EP’s distinctive track titles correspond with the fun and flavourful house that she creates, with each track named after a sauce she enjoys. A free zine accompanies the project, explaining the direction she chose for the project and spotlighting other artists within the Filipino dance music community.

The deliberacy of Pamcy’s work is exciting, and for our Impact series, she talks us through her process, the ways that living in Singapore affected her music, and the ways that her track titles represent her music.

Check out her impact mix and Q&A below.

How did you settle on the theme for ‘Sauce Aisle’?

Two years ago when I was conceptualising for an album, I wrote down ideas for track titles. I grouped some tracks together that are condiments, and this grouping ended up becoming 'Sauce Aisle'. This EP is the first instalment of the album that I planned on creating.

Did you model the sounds on this EP after the sauces?

Yes, I usually start with track titles as a guide when I'm working on tracks. I try to pattern the synths and rhythm after the track title. But they're not based on the actual sound of the sauces, I made sounds out of what the sauces felt like to me.

You’re very deliberate with the way you title tracks across all of your projects, how comes?

Since I don't have lyrics I can base my track titles on, I work backward and start with titles. The track title is my guide and starting point. Sometimes I try starting a project without a title, but I end up feeling aimless without a guiding theme. I enjoy the production process more when I already have an idea of what I want out of the project.

Before I began working on 'Sauce Aisle', I'd just arrived home after being an OFW (Overseas Filipino Worker) in Singapore for a few months. A few weeks after arriving, lockdown began in Manila and it was a very strange couple of months. At around the same time, I finished working on my remix of Cameroonian-American artist Vagabon's 'Water Me Down', and that project felt like an oasis to me especially during the first phase of the pandemic. I'd stopped working on music prior to remixing 'Water Me Down' and this remix project helped me get back into producing again. 'Sauce Aisle' literally added flavour to my life when I was working on it and this project was one of the good things that happened to me during that terrible year. 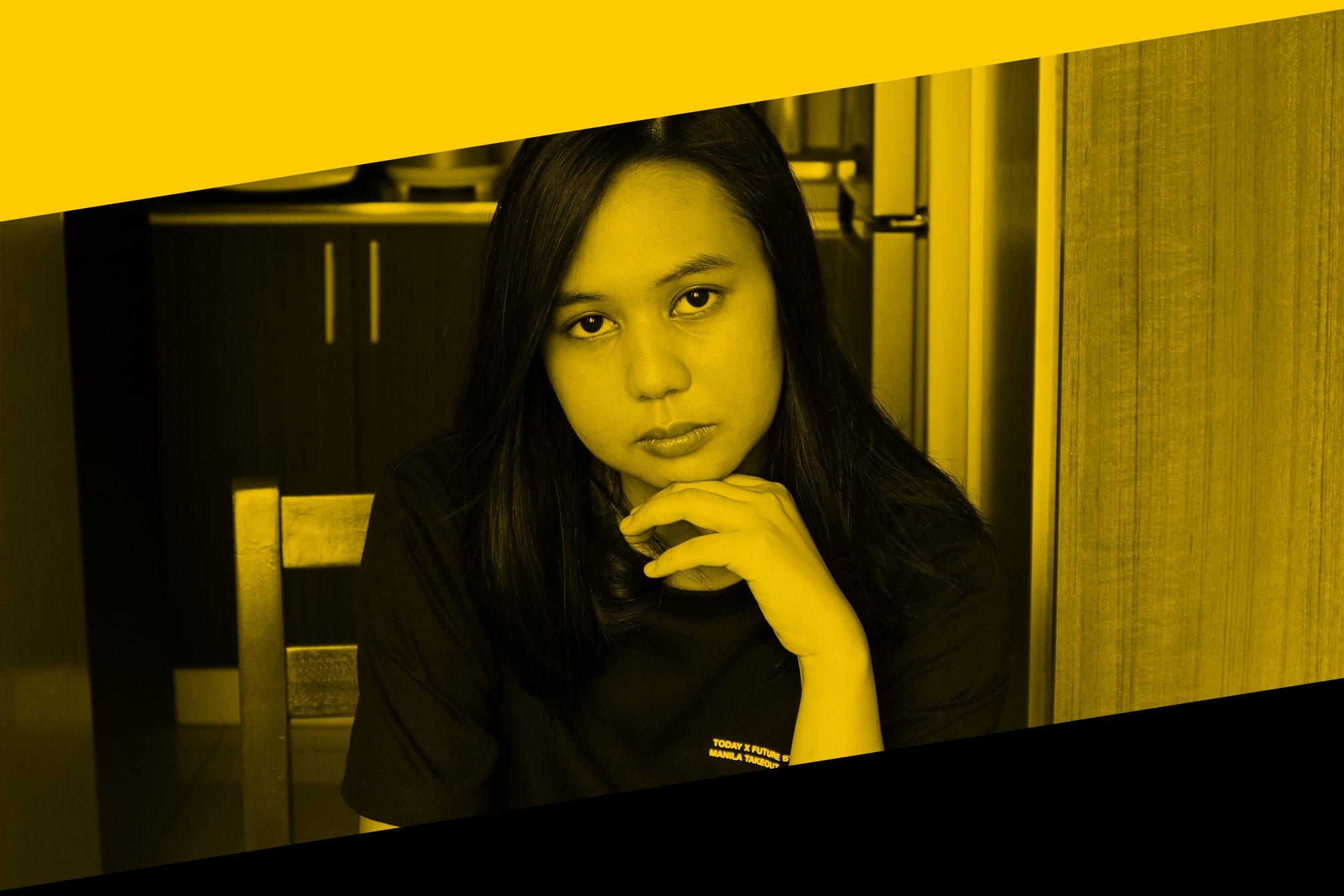 How did living in Singapore affect your process?

I picked up a lot of ideas when I lived there, that I wouldn't have thought of if I didn't live abroad. I was slightly burned out from DJing and doing music in Manila before I left for Singapore back in 2019, and it was refreshing to be in another city and live a different life. The food in Singapore was the highlight for me. I always looked forward to eating at hawker centers during my time there. The flavours of Singaporean cuisine felt new and familiar at the same time. That made me want to document my life there through music.

I think people here generally prefer dancing to something familiar like Top 40 and throwbacks, stuff that they would even sing along to, but we also had a few good spots for forward-thinking music. Before the pandemic, there was an assortment of club nights throughout the week that catered to all sorts of people. There are also a handful of excellent Filipino producers thriving outside the club circuit, like Teya Logos and Cathy Hobi. The dance music scene in Manila is diverse and I like how there's always something for everyone. 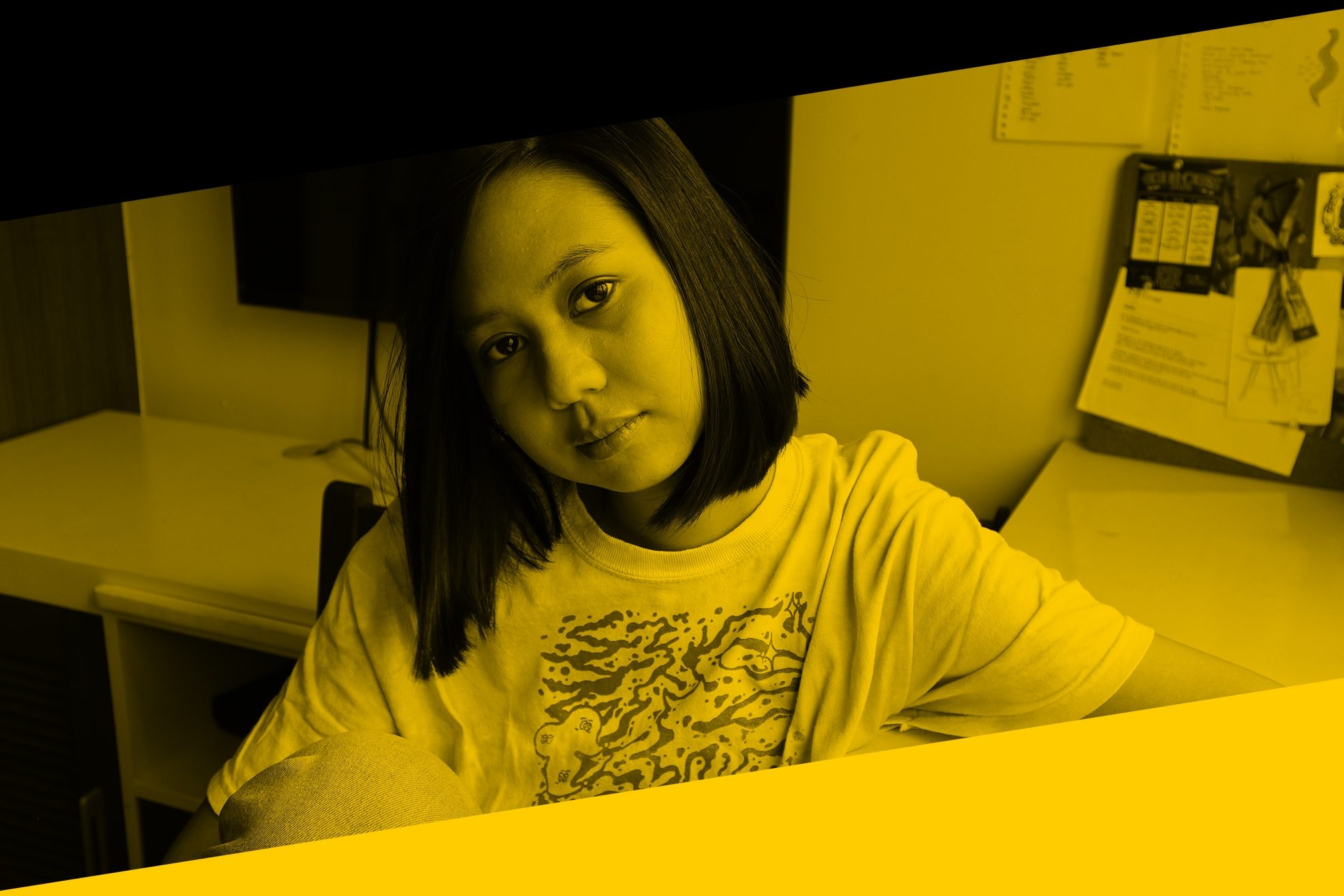 How does Filipino dance music inspire you?

When I was in high school and college, there were a couple of Filipino indie dance bands that I was a fan of, like Taken By Cars, Techy Romantics, The Vince Noir Project, and Tarsius. Dancetronica was the first form of Filipino dance music that I was familiar with, which I discovered through music videos in YouTube, MTV Philippines and Myx (a local music channel). What really got me into music production was the local electronic music scene in the early to mid-'10s, which wasn't exactly centered on dance music. It was mostly bedroom beatmakers that I looked up to, and I was a fan of beatmaker collectives like BuwanBuwan Collective and Young Liquid Gang. Some of the artists under their rosters opened for foreign acts and they also held events on their own. At that time, future beats, electropop, r'n'b, and ambient were more common in the underground electronic music scene, but there were producers like U-Pistol and Aries who had some house influences. In recent years, there are more dance-focused producers like lui., VVVV, and Loner. Witnessing the growth and evolution of Filipino dance music, and seeing fellow local independent artists thrive in a developing country & put out great work with limited resources have inspired me throughout the years. There's this feature article written by my favorite Manila DJ, Samantha Nicole, about how Filipino electronic music continues to flourish despite zero nightlife. This article is a testament to the growth of local dance music culture in spite of all the challenges we're facing, and I'm looking forward to seeing it grow even more in the coming years.

At the end of your ‘Sauce Aisle’ zine, you list a number of Filipino musicians and venues, tell us more about them?

I included my bedroom beatmaker friends BABYBLUE, AHJU$$I and Yukqui, plus some of my favorite producers like VVVV and Teya Logos. I was also encouraged by Jun Kamoda (Jun Records label head) to feature venues in Manila and I listed down those that have a special place in my heart, like Today x Future, Mow's, XX XX, and Futur:st. Jun and I wanted to create some sort of primer for the electronic music scene in Manila through the zine, especially now that live music has been put to a halt because of the pandemic.

What direction did you try and go in for this mix?

I wanted to encapsulate the heat and humidity in Manila through the sun-drenched house tracks that I picked for this mix. It starts off warm & steady, and it gets sticky & hectic towards the end.

'Sauce Aisle' is out now, get it here