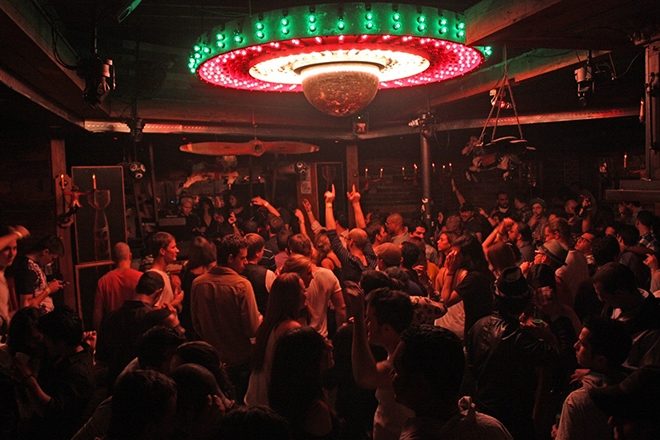 The Electric Pickle, a renowned Miami nightclub for underground talents, has announced plans to close its current venue's doors in June of 2019.

In a Facebook announcement, organizers of the club explained that after 10 years of operation, Electric Pickle has chosen not to renew its lease for the N. Miami Avenue location.

Though they'll be closing their doors next year, Electric Pickle alludes that "[they're] not done yet" and "it's time for a change". No further details or plans have been announced. 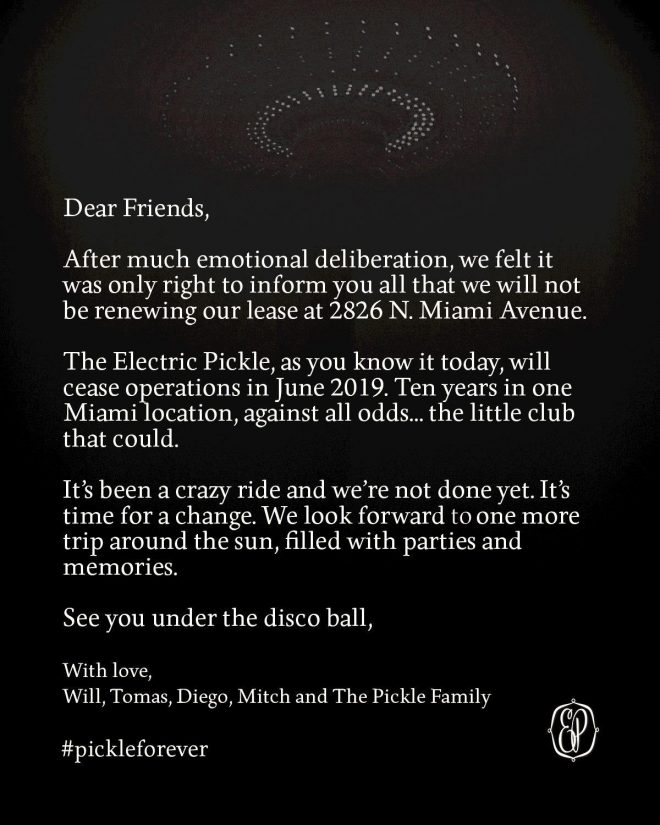