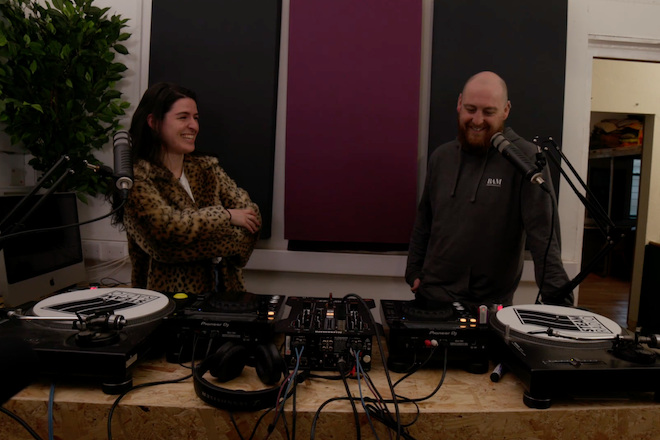 Community radio station Steam Radio Manchester has announced a party in order to celebrate reaching one year of live broadcasting.

It’ll take place on Friday - October 29 - lasting day and night between 7pm and 4am, at their home, The Old Abbey Taphouse.

Headlining are Mina and Bryte, providing a ‘unique blend of Afrobeat-inflected global club sounds’, alongside local name Skittles, who will provide rap backed with a full live band.

Amongst a plethora of other names including Murder He Wrote, the station’s residents will be playing throughout the party, alongside managers Hannah O’Gorman and Salt Beef Woman (aka Liam Armstrong).

On the event, manager Hannah O’Gorman says: “Having started out mostly online, we're so excited to finally be throwing a huge Steam family get together! It'll be the perfect chance for our DJs, listeners, and community in Manchester to get to know each other and see some absolutely incredible artists from local favourites to global stars. If you see me getting emotional on the dance floor - no you didn't!”

Steam Radio initially emerged in March 2020, as TOAT (The Old Abbey Tap) Radio, as a means of communication and connection during the pandemic, in which the industry was warned that 81% of UK nightclubs wouldn’t survive by the Night Time Industries Association. Whilst TOAT radio intended to bridge the gaps presented by Covid, the show was cancelled soon after its emergence.

It soon relaunched in October later that year as Steam Radio, with an expanded DJ roster and management team.

In this time, the station has worked with Save Our Scene and Arts Council England in order to open a studio which provides workshops and a safe space for all: something which manager Liam Armstrong says:

“We're always looking for more contributors, as well as for people to get involved with radio production. We want to reach as wide and weird an audience as possible, ideally encouraging complete beginners to come and have a go. Keep an eye out for more workshops in the near future.”

You can buy tickets for the event here.

Read this next: Renowned Leeds club celebrates its 12th birthday