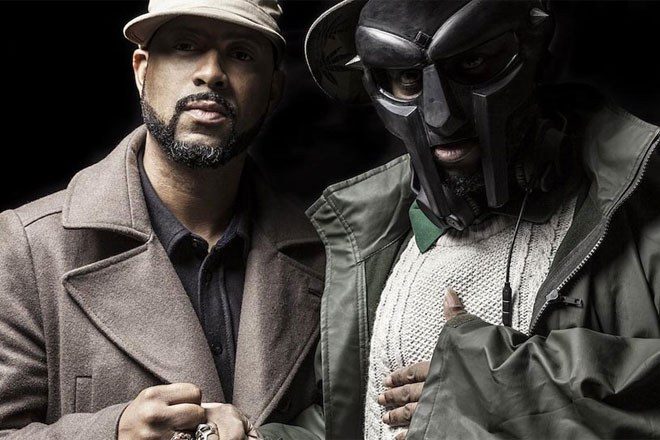 In a new interview Madlib has revealed how taking magic mushrooms inspired his production work and his collaboration with MF DOOM.

Talking to The Guardian, he said he was inspired by Jimi Hendrix to start using shrooms and this experimentation influenced his work as Quasimoto as well as the seminal 'Madvillainy' album with DOOM.

Speaking on how psychedelics opened up his creative potential as an artist, he said “if I didn’t do them, I’d probably just be doing hip hop.”

He doesn't take psychedelics anymore but was happy to reminisce about making 'Madvillainy' while high on magic mushrooms with MF DOOM.

“We’d be talking about the world ending and some type of shit. We didn’t need it to connect to the music – the music came first – but it just added to it," he said.

Read this next: Listen to another new track from Four Tet and Madlib

Of his work with DOOM, Madlib has previously said that “we might take some shrooms together if we awake at the same time, and then listen to the music when it’s done" and that "shrooms were the stuff that made me do Quasimoto in the first place."

Madlib is currently promoting his new album 'Sound Ancestors' and paid tribute to the late MF DOOM by calling his friend and collaborator the "Muhammad Ali" of hip hop as well as saying that “everybody’s still learning off of him.”

Of the long-awaited follow-up to 'Madvillainy', Madlib said that it's up to record label Stones Throw, which owns the rights to any unreleased Madvillain material, to put the LP out.

Read this next: This playlist contains over 1000 tracks sampled by Madlib

Stones Throw boss Peanut Butter Wolf has said that the sequel is 85 per cent done but Madlib said that “it’s not even in a complete form. [MF DOOM] didn’t add his touch to it. So it just seems like a bunch of demos to me. He finished vocals but we didn’t add other elements that made Madvillain what it was.” He also said that "record label business. What every artist goes through" had held the album up (in 2015 Madlib said he'd sent the beats for the record to DOOM"years ago").

The producer also had words to say on certain scenes within hip hop, saying: “Rap music right now should be like Public Enemy stuff, but it’s just not there. I wish it was more like how it was in the earlier days when I was coming up. My influences. Real music. Music can teach you … things not to do. Most of the music today is telling you bad things to do. My type of hip hop can help you grow up.”

'Sound Ancestors' is out now.