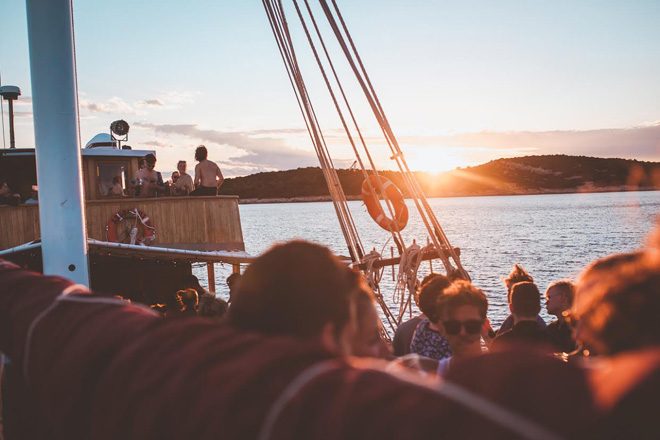 It's time to begin the three-month countdown for Croatia's Love International.

Josey Rebelle, Bicep, and XOYO resident Ben UFO are all on the list to play the scenic stages. In light of the festival fast approaching, organisers have now released a full boat party schedule that will keep you sailing and satisfied throughout the week.

There will be two different boats setting sail; one being the legendary Argonaughty, and the other which made its debut last year, The Martina.

Roman Flügel helps kick off the first boat party on June 28 as part of a Robert Johnson showcase, while Shanti Celeste and Saoirse play the Make Me party on June 29.

You can choose to spend your Saturday evening (June 30) watching both Hunee and Gideön during Resident Advisor's party onboard The Argonaughty. Midland and Octo Octa (DJ set) also play Percolate's boat on the same day.

Crack will be also be hosting its own party on The Argonaughty on July 2, with Avalon Emerson back-to-back Roi Perez taking you through from afternoon to evening. Crack's resident DJs will also be joining them.

The festival runs from June 27 until July 4 at The Garden Resort in Tisno, Croatia. Tickets for the boat parties will be available from 9am on March 28.

Check the official website for tickets and information and check the full schedule below. 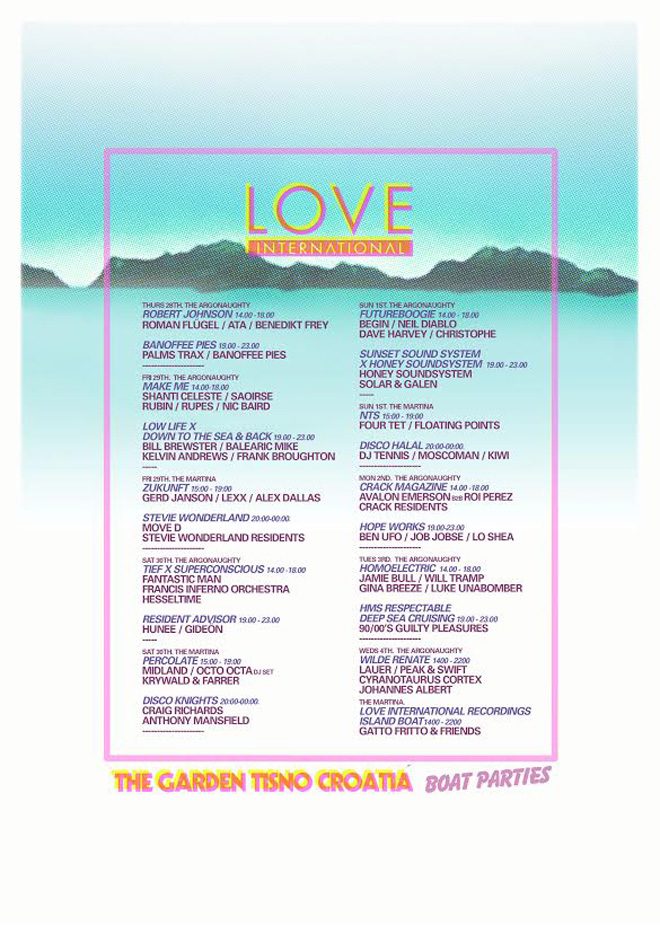