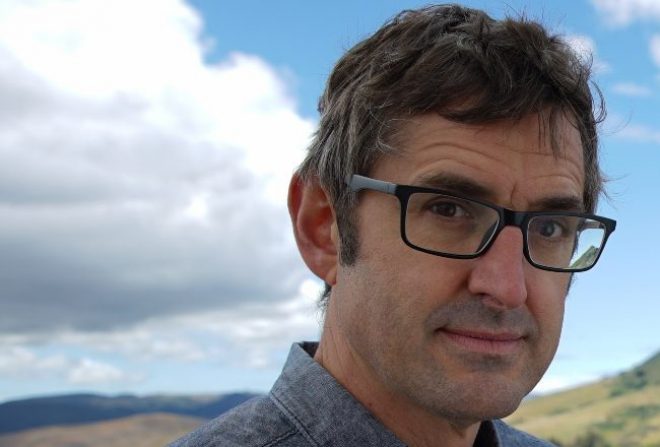 A new documentary by Louis Theroux will explore the "new world" of rap and hip hop in the US, with a focus on Florida and other southern states.

The film created by his own independent studio Mindhouse Productions, will be part of a three-part series called Louis Theroux: Forbidden America, that will look at how the internet and social media have affected some of the most contentious aspects of American entertainment.

Read this next: The Smithsonian is curating a rap rap anthology of 129 songs

For this hour-long episode about the trials and tribulations of the US rap industry, Theroux will visit artists and aspiring rappers at various stages of their careers in the rap episode.

He'll look at how these artists promote themselves and their music online, as well as how they interact with fans and use social media platforms.

Louis will immerse himself in the burgeoning rap and hip hop scene in the southern United States, particularly in Florida. Rappers, like many other artists, have long drawn inspiration from their life in order to develop and sell their music. The 24-hour connectedness of social media, on the other hand, raises the stakes.

Many musicians have found success by using social media to promote themselves and find new methods to interact with audiences, such as feuding online, opening up about their anxieties and phobias, and live-streaming their sometimes chaotic lives. From those who have risen quickly to others who have fallen severely, Louis will meet people at various phases of their ambition to become successful.

Read this next: The 10 most essential Miami bass tracks

Other episodes in this series will focus on the pornographic industry and far-right organisations in the United States.

Theroux says: “These three documentaries were tough to make. They required delicate access conversations. They feature scenes and confrontations that are shocking and upsetting. But they are also powerful depictions of a world that has become strange in ways we could never have imagined just 10 years ago.

“The world has gone through massive changes in the last few years, in particular from the effects of social media. This new series looks at the way those changes have affected people in America who are in different ways involved in dangerous, extreme, or morally questionable lifestyles.”

The episode will be available on BBC 2 and BBC IPlayer. Find out more about Forbidden America and keep an eye out for the release date here.