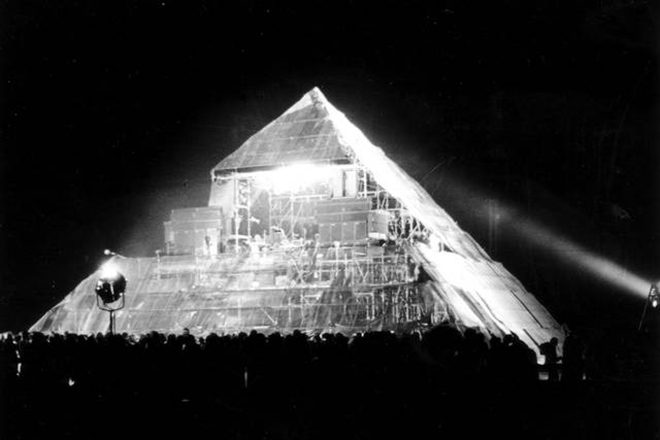 London’s V&A museum is marking Glastonbury’s 50th anniversary with a virtual exhibition of the festival.

Glastonbury’s landmark edition was due to take place this week until it was forced into postponement by the coronavirus pandemic.

Read this next: Glastonbury's epic Shangri-La arena is turning into a virtual reality festival

The V&A’s online celebration will be accessible all this week, featuring an extensive collection of the Glastonbury Festival Archive, which the museum became guardians of in 2014. It includes photos, posters, tickets, architectural drawings, playlists, soundscapes, fashion reporting, and more.

Members of the public are also invited to submit their own Glastonbury memories, which will be used by the V&A to “map personal experiences to the rich and extensive timeline of the Festival’s history”.

V&A curator Kate Bailey said to the Guardian: “You couldn’t just invent a Glastonbury now. There is something about the organic way in which it has developed from that moment of the first festival.”

Emily Eavis said: “The festival is witness to decades of creative, social and political change, and your memories are an integral part of this story. Please do share your Glastonbury memories and join in the V&A’s seven days of festival fun.”

Head to the V&A’s website for further details and to view the collection.