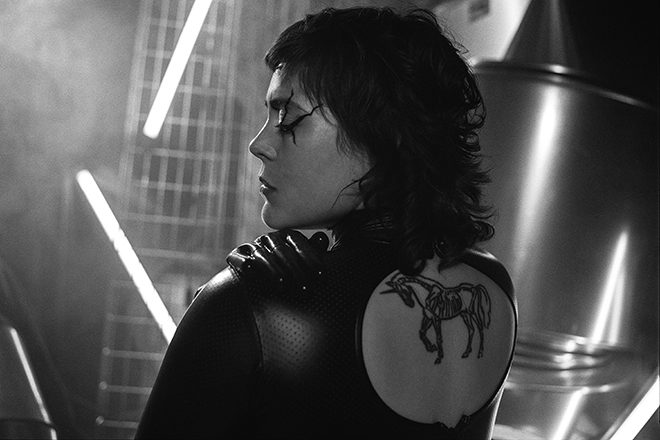 Louisahhh has always channelled themes likes rebellion, darkness and the fight against oppression through her music and the first offerings from her upcoming debut album are no different.

‘The Practice of Freedom’ will be released in 2020 via He.She.They., the label, club brand and collective Louisahhh is now a part of. The first two tracks from the album are released on December 13 and 'A Hard No' and 'Chaos' both showcase Louisahhhh's jagged and unrelenting take on electronica.

Think of it as modern-day punk in a digital world. Talking about Louisahhh's release acting as the first release on the label, He.She.They. founders Sophia Kearney and Steven Braines said.

“Louisahhh and her album embodies many of the things that He.She.They. stands for; honesty, female power, self acceptance, sex positivity and most importantly of all a punk creative spirit and sonic experimentation. It’s the perfect release to set the tone of the label. You hopefully might find the next Bjork, PJ Harvey, Peaches, Tricky or Maya Jane Coles here; and, with all due respect, you probably won’t find the next Ed Sheeran here.“

Check out the premiere of 'A Hard No' below