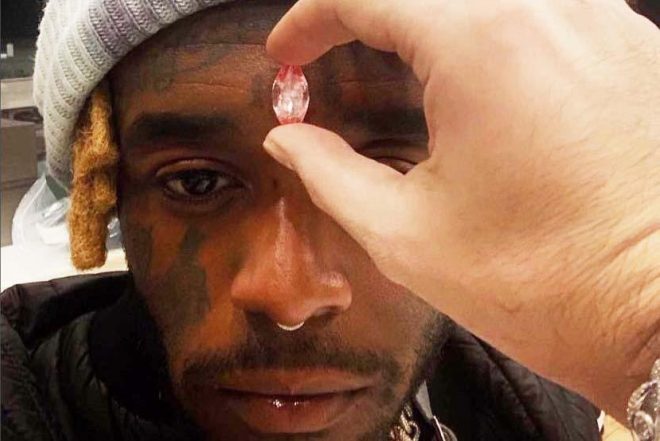 Read this next: Rapper Lil Uzi Vert got a $24 million diamond implanted in his forehead

The diamond, which Uzi had been paying for since 2017, was implanted in his forehead earlier this year.

"I had a show at Rolling Loud (festival), and I jumped into the crowd and they kind of ripped it out," Uzi said to TMZ. The rapper still has the diamond in his possession and is “feeling good’. The diamond has been replaced by a bar-bell piercing in the same place.

After a since deleted tweet saw the rapper saying he ‘might die’ if he didn’t have the diamond removed, Uzi removed the diamond from his forehead - but he had it put back in for his Rolling Loud performance.