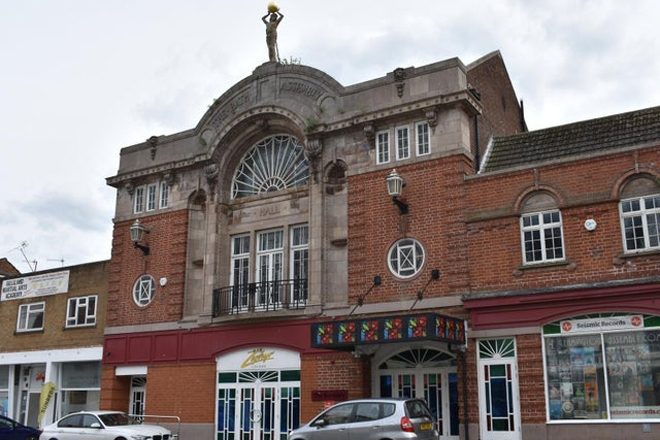 An investigation by Pill Report has revealed the dangerous conditions inside the Leamington Assembly venue where a 19-year-old man died after reportedly taking a Red Bull ecstasy pill and a 22-year-old woman was taken ill and hospitalised in intensive care.

Pill Report has released its findings on Instagram, announcing that after it posted a pill warning the page was inundated with reports of the venue's dangerous mismanagement of the DnB Allstars event, which took place on January 31.

1/2 - Yep, that’s right. Listen to this mazza. On Friday night a teenager tragically lost his life and a young lady is in intensive care after attending an event at @assemblyleamington. - After putting out a warning regarding the strength of the suspected pill involved we were inundated with messages regarding the mis-management of the venue that night. The information we have received from numerous attendees including friends of the deceased is beyond belief. This is a case of Gross Negligence on the venues behalf, which we believe was a contributing factor in the tragic course of events. - (Swipe Right) *update* we have over 50 reports now. - The venue recently re-opened in August under new management after a shock closure due to supposed financial difficulties in paying rent and business rates. The management later put out a statement eluding to their policy regarding the wellbeing of customers, however the information we have received suggests otherwise and as a community we are frankly disgusted by it. - Allegations involve. - 1) Bottles of water being sold at £5 each which ran out towards the end of the night. - 2) Dangerously oversold event, resulting in overcrowding and dangerously high temperatures which felt like ‘you would pass out if you stayed in there too long’.(quote from attendee) - 3) Huge queues to get fresh air in the smoking area which wasn’t relative in size to the number of attendees. - 4) One jug of water at the end of the bar for 1000+ attendees which was ‘barely being refilled throughout the night’. - 5) Staff refusing to give out tap water only handing out small plastic cups for people to go to the toilets and fill up using the taps, which mysteriously stopped working during the night. - 6) Staff claiming that people wanting water were on drugs, in spite of the venues policy regarding the welfare of attendees, and with reports of management telling bar staff off for giving free water out. - 7) Numerous people collapsing, without aid of the unhelpful bouncers.

One of the recurring problems that people reported was that bottles of water were being sold for £5 each and had sold out before the end of the night. Water from the tap was also not available for free during the latter stages of the evening, with Pill Report also releasing footage of a bar staff member responding dismissively to an attendee telling them not giving out water is illegal and endangering the people inside the venue.

Pill Report Investigation: The video we have obtained above sums up the venues actions on the night. The bartender was forced to act in this way by management. We have now concluded over 40 hours of investigative work into the event: cross referencing over 60 accounts from attendees, friends of the deceased, staff and promotors who have used or been involved with the venue previously - some of these accounts were so disturbing we have chosen not to publish them. This behaviour is not new from the venue which routinely denies tap water which is a legal requirement and capitalises on drum and bass events by increasing water prices. The fire alarms went off during the event, which when questioned staff claimed was “because of the heat”, our investigations revealed for heat alarms to go off, the temperature has to reach levels above 57 degrees celsius - levels that often lead to mass bodily dehydration. Furthermore, Tap water was not adequately provided, with the intention of driving up £5 bottled water sales which sold out at around 2am. As a combination of gross negligence on the venues behalf and the factors above, the conditions created were subsequently deadly and which we believe contributed to the tragic loss of a young persons. We would like to stress the role of the promotor and that of the venue are very different, the promotor provides the music and acts. It is the responsibility of the venue to provide a duty of care to the customer and ensure the venue does not exceed capacity by monitoring entry levels at the door. The information we obtained is now in the hands of the press and we hope there will be an inquiry into the venues actions. We cannot let behaviour like this slide.

Reports state that the staff in the venue were refusing to give people water after being "told off" by management. It is also stated they refused because they thought that the attendees asking for water were on drugs, which is against the venue's welfare policy.

At one point there was reportedly only one jug of water available for 1000+ attendees that according to one account was "barely being refilled throughout the night". Because of this, attendees had to go to the toilet and fill up small cups of water with the taps in there.

The venue is also said to have been "dangerously oversold" with "dangerously high temperatures". Numerous people were reported to have collapsed in the venue because of the sweltering heat, "without aid of the unhelpful bouncers". One attendee said that "you would pass out if you stayed in there too long".

Queues to the smoking area were also said to be extremely big, so it was hard for people to get fresh air.

A Warwick District Council spokesperson has stated its licensing team "are aware of the issues that occurred over the weekend at The Assembly and are working with the police to establish all of the facts".

Warwickshire Polce are investigating the incident, stating that: "Enquiries are ongoing and we continue to work with all of our partners to investigate the full circumstances of the incident. We will not be commenting further whilst the investigation is ongoing".