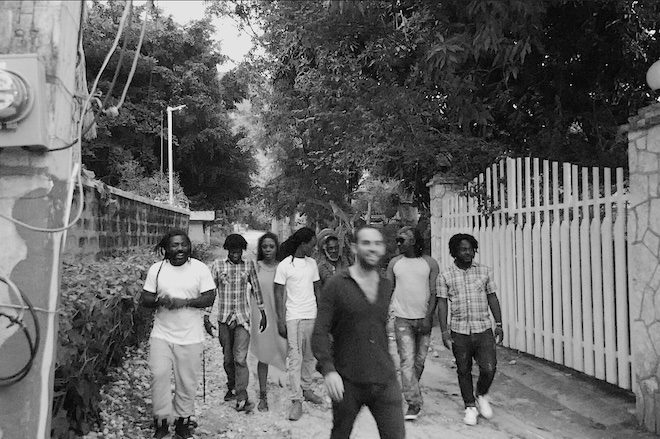 ‘Leave the Bones’ will be released via Anjunadeep on August 6.

Read this next: NERO’s Joseph Ray responds to Trump’s remarks on Haiti

This week, they have released a new video for their latest single ‘Lamizè Pa Dous’. The song’s lyrics tell of a woman’s search for support and meaning. ‘Lamizè pa dous’, meaning ‘misery is not sweet’, is a plea that is not answered; the lyrics ‘Bondyè rele’m m prale’ mean ‘God is calling me and I’m going to go’, meaning she has given up.

The video, by contrast, celebrates creativity and possibility in the face of adversity.

Read this next: Spirituality, self-discovery and healing: welcome to Dyani’s world of sound

Formed in 2010, Lakou Mizik is a multi-generational ensemble that seeks to redefine global perceptions of Haiti through music. Sanba Zao, the band’s figurehead, played a central role in Haiti’s Rasin, or roots, movement of the 1980s, which sought to reimagine traditional Haiti Vodou music through experimentation with modern instruments.

Lakou Mizik and Joseph Ray have worked together previously. Ray went to Haiti in 2015 to teach at Haiti’s only music production and audio engineering school the Artist’s Institute. After discovering Lakou Mizik at a small beach club in Jakmel, they have been working together for over six years.

Listen to ‘Lamizè Pa Dous’ below and preorder ‘Leave the Bones’ here.

Read this next: “A tool for protest”: DJs from the Global South are fighting oppression with music