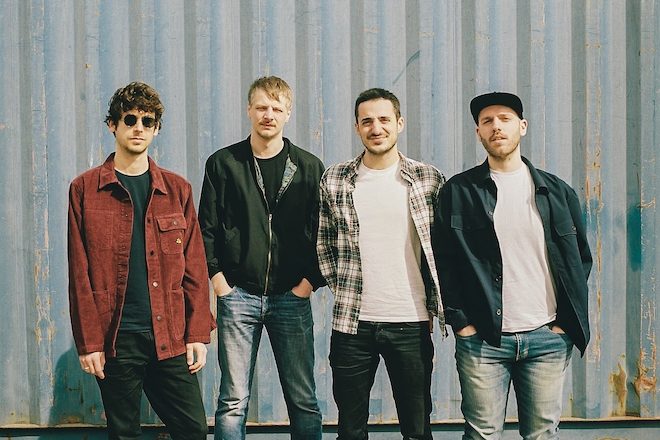 Brussels-based ECHT! have announced the upcoming release of their debut album ‘INWANE’. It will be released on September 24 via Gent imprint Sdban Ultra.

Read this next: “A total experience”: how Fuse is transforming Brussels into a techno hotspot

Inspired by the likes of DJ Rashad, Deantoni Parks, J Dilla and Aphex Twin, ECHT!’s first album is full of hard beats and bass. ‘Echt’ means ‘true’ or ‘real’ in brusseleir, the Brabantian dialect of Brussels. The four piece’s name refers to the fact that they perform all of their sounds on musical instruments rather than producing them through a computer programme.

Speaking on their first album, the band said, “For our first album, we wanted to go into deeper beats. We were listening a lot to trap, gritty hip hop and bass music, and we tried to emulate those kinds of beats on our instruments. The darkish mood of those music genres was fitting for us with this strangest year of 2020.

Read this next: 10 of the most exciting names in bass music

“But we also wanted to give a contrast with some brighter parts, where the human feeling is more present. This duality continued in the mixing process by pushing or destroying some sounds, adding electronic textures and effects, but also keeping some sounds really acoustic and organic. The result is for us a mature album: the feeling of electronic music emulated on instruments is confirmed but the human vibe stays central.”

Read this next: Road trippin’: through the roots and rise of the U.S. west coast bass scene